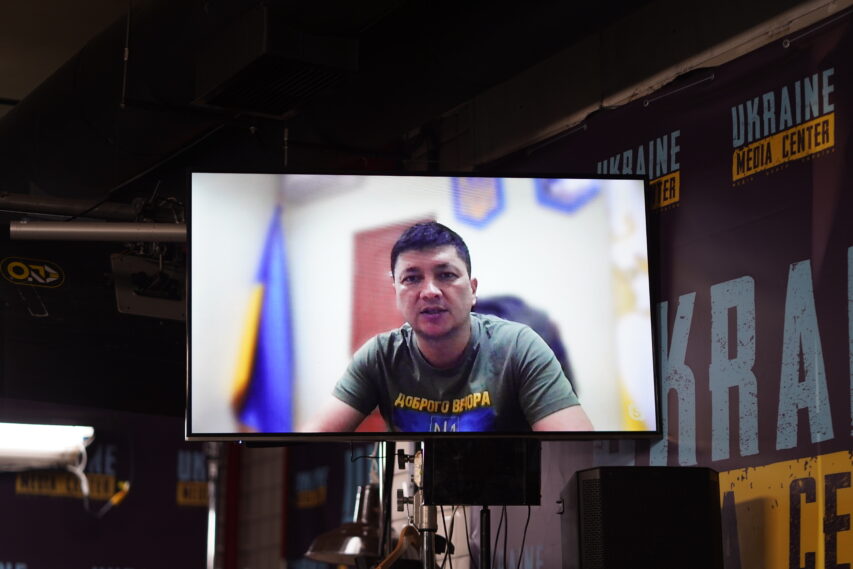 “The russians will force people to participate in pseudo-referendums in the South to create an image,” Vitaliy Kim

To create a picture, the occupiers will force the local population to participate in pseudo-referendums in the South, Vitaliy Kim, Head of Mykolaiv Oblast Military Administration said at a briefing at Media Center Ukraine. He added that the number of people who are going to take part in pseudo-referendums is low.

“According to my data, as a whole, no more than 8-10% of the population in the temporarily occupied territories are going to take part in the “referendum” in the South of Ukraine. I don’t have any data on how many percent of these 8-10% will decide to join russia or against it. But I know for sure that there can be no legal consequences of this so-called referendum. This was recognized by all developed countries, our partners, including Europe and the USA. Like in the joke, there is no point in participating in the referendum, because it is illegal. And if it is illegal and you participate, then the only thing you get is a criminal case or whatever the jurisdiction (entails). That is, there is no point in participating in those “referendums” at all, but the situation looks like the russians are going to force our people and bring others in order to create an image that this happened,” — Vitaliy Kim said.