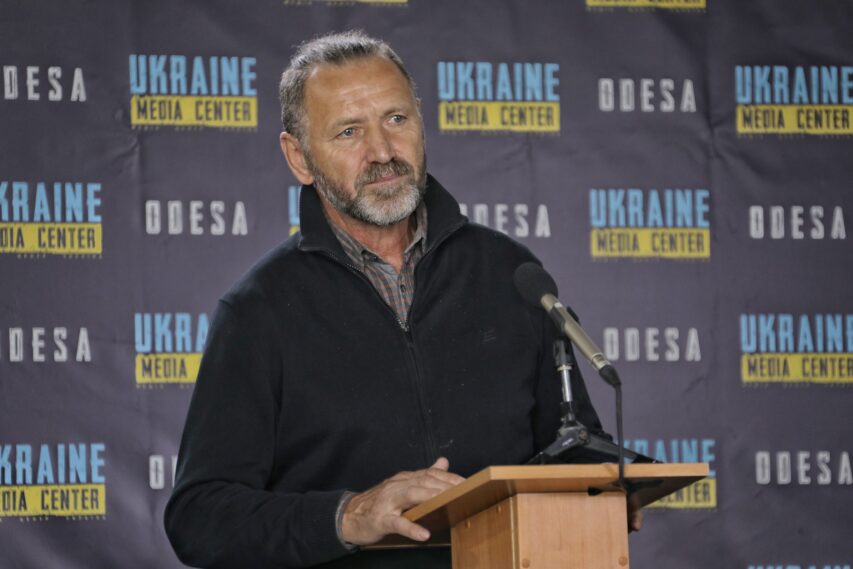 More than 50,000 dolphins died in the Black Sea waters as a result of the war. Thats the calculations of the science director of the National Nature Park “Tuzlivski limany”, PhD in ecology Ivan Rusev during his briefing at the “Mediacenter Ukraine – Odesa”.

2,500 carcasses of mammals were found on the coast of Ukraine, Bulgaria and Romania, said Rusev. But according to international studies, only 5% of the dead dolphins are washed ashore. So that’s about 50 thousand dead dolphins. In addition, there is no data from the Russian side about the death of mammals. Ivan Rusev added that the main reason for such a mass death was combat operations. “Before the war, we found three dolphin carcasses in the park during the same period, now since the beginning of hostilities and by the end of July, there are already 44 of them. When we found the dolphins, they were outwardly normal, intact, without damage from poaching nets, but they were dead. It means that they died due to the influence of military sonars,” said Ivan Rusev during the briefing at “Mediacenter Ukraine – Odesa”.

Ivan Rusev added that there has never been such a powerful impact on marine mammals in the sea. “There were many warships in the southwestern part of the Black Sea. And when they turned on the sonar, it disoriented the dolphins. That’s why a part of the dolphins were either blown up by mines and their bodies were found by specialists from Bulgaria and Romania, or the dolphins could not hunt, so their immune system “sat down” and they died because of infections,” – the scientist added. To renew the dolphin population, the scientific community proposed to create a special marine reservoir from the borders of the park “Tuzlivski Limani” to Zmiiny Island, where economic activities will be limited.