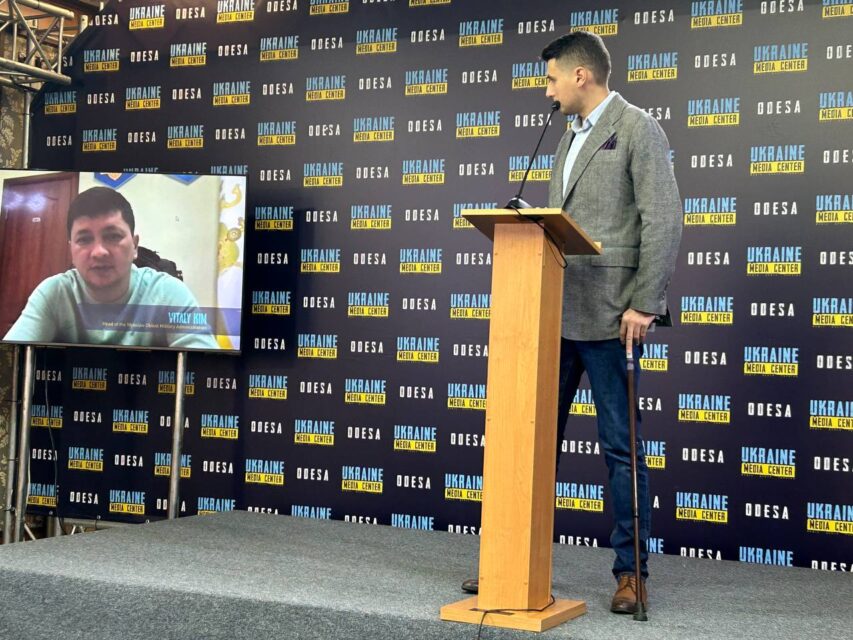 More than 12,000 civilian objects were damaged in the Mykolaiv region – the head of the OMA Vitaliy Kim

But all the consequences of the shelling, which took place from 1st to 11th October, have already been restored, said the head of the Mykolayiv Military Administration Vitaliy Kim.

“The state and volunteers help there. First of all, we restore windows and the roof, but due to new shelling, we are doing it, unfortunately, slowly. And due to the lack of people and materials, we are doing as fast as we can,” explained Vitaly Kim during a briefing at the Ukraine-Odesa Media Center.

Among the damaged buildings, there are 383 educational facilities, added Vitaly Kim. “Three universities are significantly damaged, there are completely destroyed schools,” the official said.

“Their range is up to 100 km, they will not reach Odesa, their main goal. Then they added more “Shaheds”, but now the operational command “South” has learned to shoot them down,” Vitaliy Kim explained during a briefing at the Ukraine-Odesa Media Center.