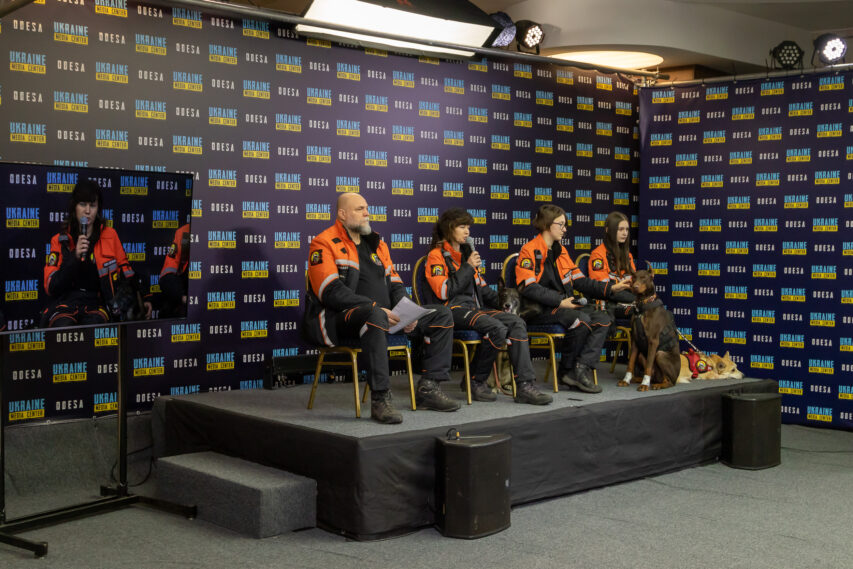 After the rescue operation in Dnipro, at least 10 people wanted to join the “Antares” canine squad

But there were much more calls and appeals from people who would like to join the search for people. Larysa Borysenko, head of the NGO “Pavlograd Search and Rescue Canine Squad “Antares”, told about this during a briefing at the Media Center Ukraine-Odesa.

“The first were young people who also work at our dog training center, but with a different profile. Also, many people called and wrote with questions – how can one join such centers? And we gave the contacts of specialists in other regions that we know”, – the cynologist said.

She also noted that there were calls from people who simply wanted to give their own pets to the search and rescue team.

“Some people called us and said: I want to give you my dog to search and save people. When we asked why you want to give your pet away, people answered – I can’t handle her, she bites me,” Larysa Borysenko added.

However, as the canine expert Karina Kolesnichenko noted, it is very difficult to train a dog that can search for dead and missing people.

“We have been training dogs since childhood and train them constantly. If everything goes well for the dog and its owner, the training takes about 1.5 years. Then the dog can search for dead and missing people up to 10 years. Our Belgian shepherd Sparky should have retired, but now she has a lot of work,” Karina Kolesnichenko said.

As Larysa Borysenko added, since the day of the creation of the Pavlograd search and rescue canine unit “Antares”, 35 dogs were trained, which specialize in searching for dead people. Currently, 9 dogs work in the unit. They can search for both dead bodies and living people. And 5 more dogs that are only looking for the living.

“Our unit is involved in searches throughout Ukraine. We work with official services – the police, the State Emergency Service and the Armed Forces of Ukraine. We are working with the army in the “On the Shield” project. This is a search for the bodies of our defenders and occupiers,” Larysa Borysenko added.