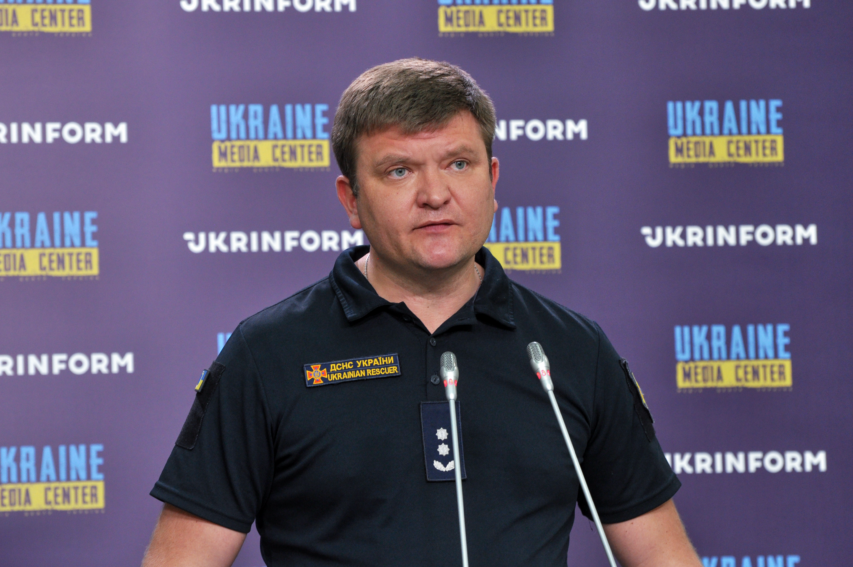 “State Emergency Service’s Units Rescued over 1,000 People after the Start of the All-out War”

Over the last day, units of the State Emergency Service of Ukraine responded to 65 calls for making good the consequences of the shelling of settlements and infrastructure by the invaders and extinguished 9 fires.

Oleksandr Khorunzhyy, Press Officer of the State Emergency Service, disclosed this fact during his briefing at Media Center Ukraine — Ukrinform.

“After the war started, the State Emergency Service units responded to more than 28,000 calls, extinguished 8,653 fires, rescued 1,309 people, and provided psychological assistance to 125,000 people,” he said.

Oleksandr Khorunzhyy emphasized that SES specialists rescued 1,309 people and detected and removed from ruins 1,043 bodies after the start of the all-out russian invasion.

The SES Press Officer said that demining and russian ammunition disposal activities take place all over the territory of Ukraine:

Oleksandr Khorunzhyy emphasized that rescuers constantly have to clear the debris of the ruined buildings. We have to engage volunteer organizations because there is too much work. Everyone can volunteer by registering at the SES website, “But we can only engage volunteers after the areas have already been demined.”