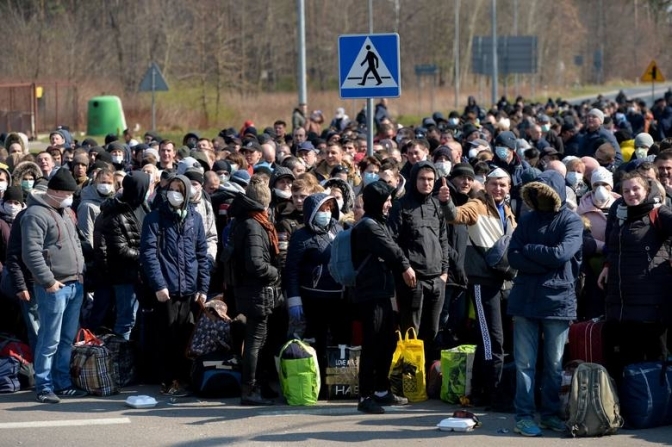 Lately, the number of people willing to leave Ukraine has dropped to 70,000 per day. Before that, 120,000 to 150,000 people per day were crossing the border in the West of Ukraine to the European Union during the first days of the all-out Russo-Ukrainian War. Andrii Demchenko, speaker of the State Border Guard Service of Ukraine, reported these figures during his briefing in Ukraine Media Center in Lviv. According to him, the current situation at border checkpoints is close to normal. Before the war, 50,000 people per day on average were crossing the border to the European Union at the checkpoints.

Since February 24, about 400,000 people have crossed the border from Europe to Ukraine. About 75 percent of them are men. According to Demchenko, they are coming back to Ukraine to join the Armed Forces of Ukraine or the Territorial Defense Force.