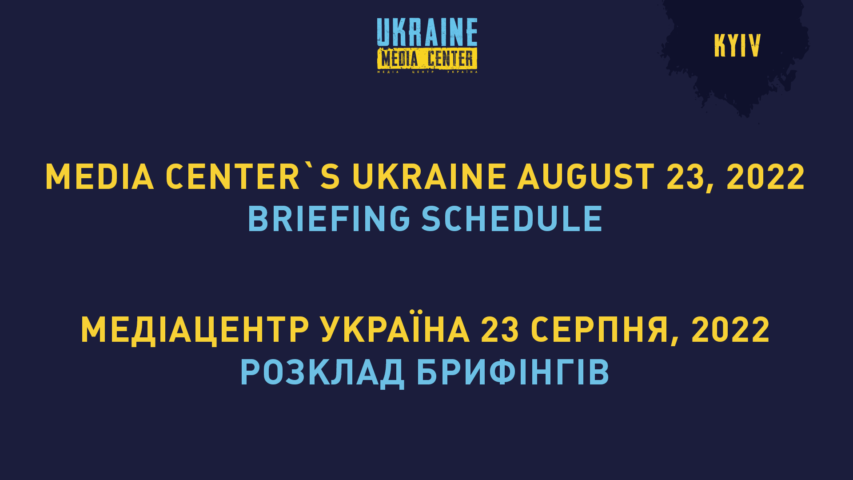 11:00 AM – Topic of focus: One year and a half in russian custody – new details on the case of the political prisoner Vladyslav Yesypenko.
Vladyslav is a freelance journalist working for Radio Liberty’s Crimea.Realities project, covering social and environmental issues and filming surveys of the Crimeans. He was taken into custody by officers of russia’s FSB on March 10, 2021, on charges of gathering information “in the interests of Ukraine’s special services” and keeping an “improvised explosive device” in his car. At the court session in Simferopol, where an independent attorney was permitted to participate, Vladyslav Yesypenko accused the russian secret services of torturing him.

Speakers:
– Kateryna Yesypenko, the wife of the political prisoner Vladyslav Yesypenko;
– Volodymyr Chekrygin, Deputy Chair of the Board of the Crimean Human Rights Group;
– Volodymyr Prytula, Manager of the Crimea.Realities Project at Radio Liberty;
– Denys Chystikov, Deputy Permanent Representative of the President of Ukraine to the Autonomous Republic of Crimea;
– Vitaly Portnikov, a publicist, writer, and member of the Ukrainian PEN Club, an ambassador of the campaign for the release of Vladyslav Yesypenko from custody.

12:00 PM – The current situation in the oblast; results of the operation to detect collaborators and artillery spotters.

Speakers:
– Serhii Pozniak, Serviceman of the Northern Group of the National Guard of Ukraine, a participant in the operation to place the National Flag of Ukraine on the highest point at the city of Sviatohirsk (Donetsk Oblast), a site of fierce fighting;

– Serhii Pavliuk, chief director of Kherson Oblast Theater, one of the organizers of mass rallies in Kherson in March 2022

2:00 PM – Expert meeting with journalists to discuss results of six months of the war: Front line status and development prospects

Topics to be discussed: During the meeting, speakers will provide an expert assessment of the first six months of the war and share their short-term forecasts:
– Why does the information about potential negotiations appear more often?
– Is Ukraine’s counterassault in the south going on?
– What do explosions in Crimea mean?
– How can the situation along the entire front line potentially develop?