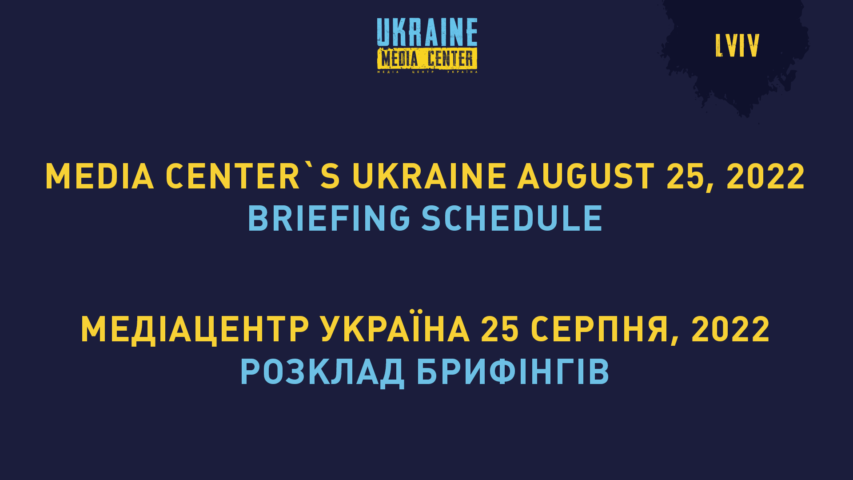 The “russia Will Pay” project is a joint initiative by the Kyiv School of Economy, the Office of the President of Ukraine, and the Ministry of Economy of Ukraine for economists to calculate the damage caused by russia during its war in Ukraine.

1:30 PM – Yurii Schpitser, representative of Help Heroes of Ukraine, a U. S. Charity

Oleksandr Khoroshun, head of the Supply Service of the 125th Brigade of the Territorial Defense Force of Ukraine’s Armed Forces

The U. S. charity Help Heroes of Ukraine donated UAH 500,000 worth of fabric to the city of Lviv for manufacturing military uniforms. The pixelated military fabric made to the NATO standards will be used to sew 1100 uniforms for Lviv’s two territorial defense brigades. Almost half of the uniforms are ready and handed over to the soldiers.

Help Heroes of Ukraine is a charity established in the USA during the first days of russia’s all-out invasion by Ukrainians living in Chicago.