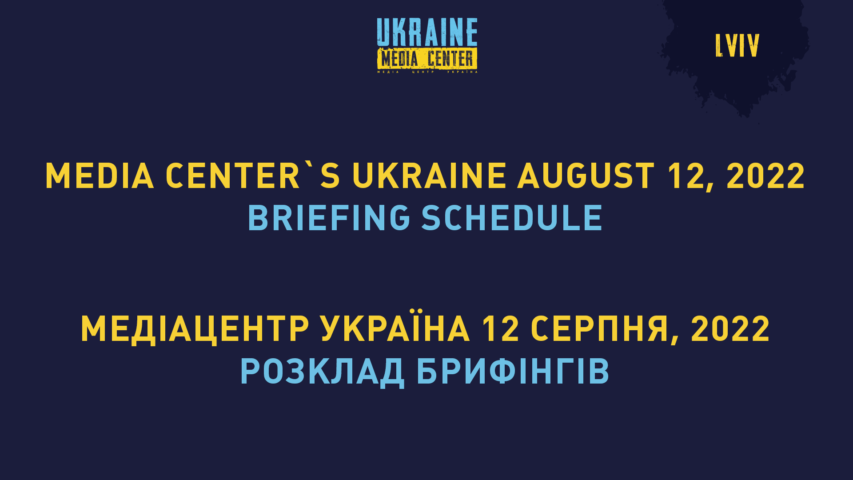 –         For the first time, Ukraine celebrates International Youth Day on August 12, as in Europe (instead of the last Sunday of June).

Lviv residents are invited to participate in the creation of a new modern shelter for displaced persons. The first ever Urban clean-up will take place in Lviv on August 12-14. Its organizers are Street Culture & Urban Reform and GAME, the Danish NGO working to create social change through street culture. The event will be held with the support of the Lviv City Council, the Lviv Sports Department and TVORY! network of youth spaces.

During the clean-up, Lviv residents are invited to tidy up the territory of 5,700 square meters in a friendly atmosphere and to music. Together, city activists will clean the premises for the future camp for displaced people. The opening of a new modern shelter for war victims is scheduled for the beginning of October.

11:30 AM — Andrii Plakhotniuk, Ambassador Extraordinary and Plenipotentiary of Ukraine to the Kingdom of Sweden (online)