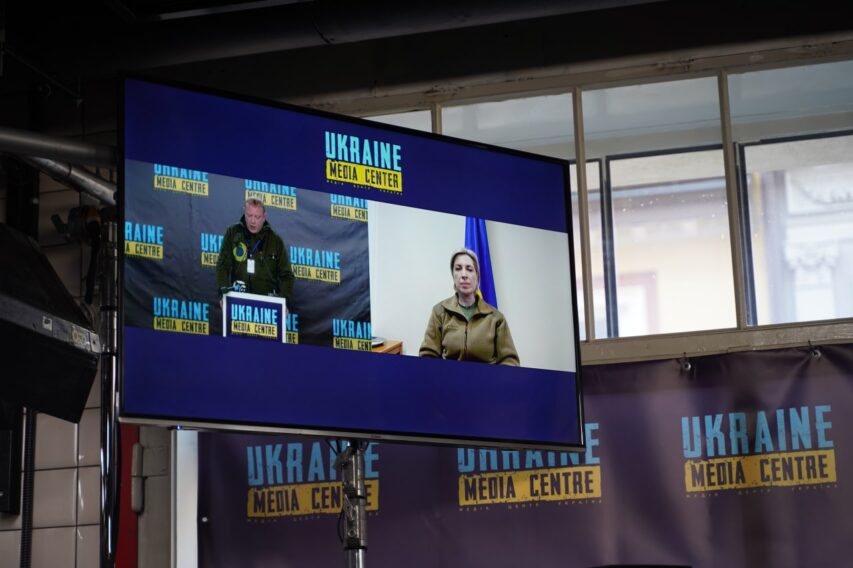 “Russians Fail to Comply with Ceasefire in the Humanitarian Corridors,” Iryna Vereshchuk says

Ten humanitarian corridors have been agreed upon for March 14; however, the process remains cumbersome because the Russians fail to meet their undertakings. A statement to this effect was made by Iryna Vereshchuk, Vice Prime Minister—Minister for the Reintegration of Temporarily Occupied Territories of Ukraine, at her press briefing in Ukraine Media Centre.

“Unfortunately, not all of the corridors were operational. In Kyiv Oblast, there was shelling. Today, at 8.00 PM, we will be able to see how the corridors performed,” Iryna Vereshchuk stated.

– from the villages of Bohdanivka and Nova Bohdanivka to the city of Brovary;

– from Peremoha village to Brovary;

– from Bobryk village to Brovary;

– from the city of Hostomel to Bilohorodka;

And in Luhansk Oblast:

– from the town of Hirske in Luhansk Oblast to the city of Slovyansk in Donetsk Oblast.

Also, the Ukrainian government will make a renewed attempt to deliver humanitarian cargo with foods and medicines to Mariupol from Berdiansk via Mangush.

According to Iryna Vereshchuk, the green corridors for the evacuation have already been used by about 150,000 people.