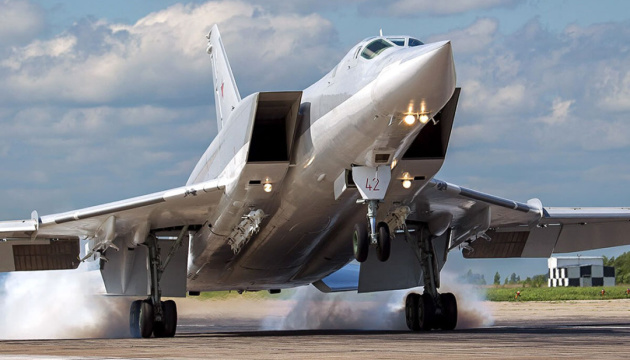 russian long range bombers flew on 32 missions, the aim of at least 8 of which was to bomb Mariupol, Spokesperson of Ukrainian Defense Ministry Oleksandr Motuzyanyk said at a briefing at «Ukraine» Media Center (Kyiv).

«The enemy is continuing their rocket and aviation strikes on military and civilian infrastructure in the whole territory of Ukraine. Mainly, operational-tactical aircraft of russian aerospace forces flew on at least 33 missions to attack targets in Kharkiv and Donetsk regions. russian Tupolev Tu-22M long range bombers flew on 32 missions, at least 8 of which to bomb Mariupol. The launches of sea-based cruise missiles from russian warships in the Black Sea aren’t ruled out as well,» – Motuzyanyk noted.

He added that russians continued to launch aviation strikes on Mariupol.

«The occupiers’ main efforts are focused on blocking our detachments around Azovstal iron and steel works. Some russian forces are redeployed to the Popasna and Novopavlivka directions,» – Motuzyanyk said about the situation on the Donetsk front.