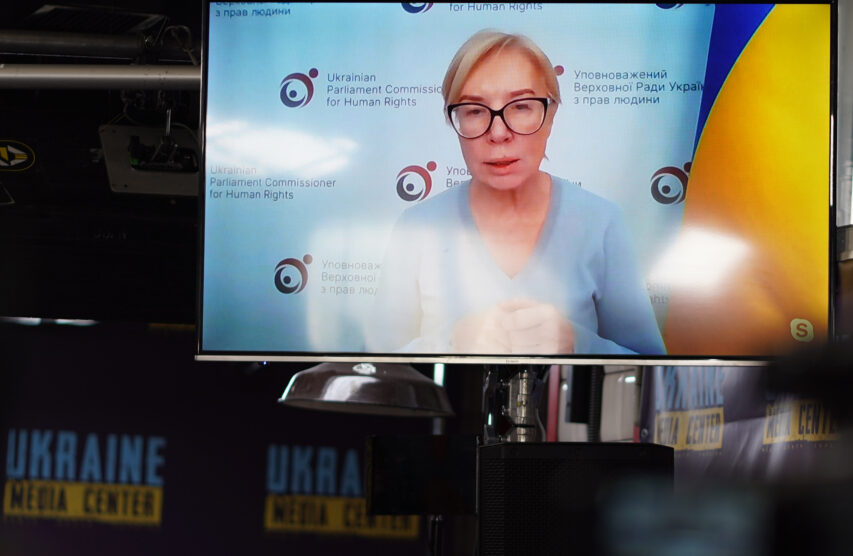 “russia Admits to Involuntary Transfer of Ukrainians into Its Territory,” L. Denisova

Occupiers transfer our citizens to the territory of russia by force on a mass scale. Russists themselves made statements to this effect. They purport to have “evacuated” 402,000 Ukrainians, including over 84,000 children, from Ukraine. Unfortunately, Ukrainian authorities cannot confirm these figures at an official level. Liudmyla Denisova, the Ukrainian Parliament Commissioner for Human Rights, shared this information at her press briefing at Ukraine Media Center.

According to Denisova, there is anecdotal evidence of the forced removal of people in unknown directions.  The russists are known to “evacuate” Ukrainians, for instance, from Stanytsia Luhanska, Volnovakha, and Mariupol.  Our citizens can find themselves in russian Suzdal, Omsk, or even the Sakhalin Island.

Denisova added that the Prosecutor General Office was officially investigating the unlawful removal of 2,389 Ukrainian children to the russian federation.