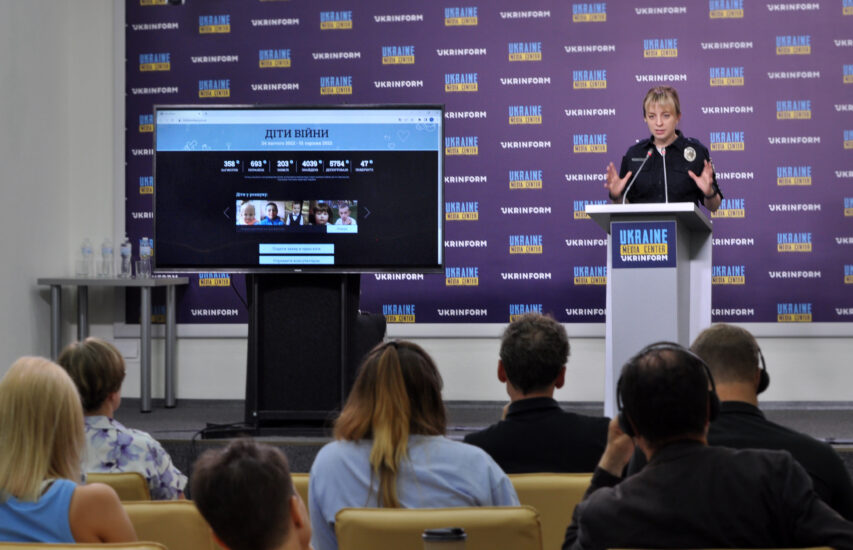 “Over the Period of the Full-scale Invasion, the National Police Received 4,242 Missing Child Reports,” Kateryna Pavlichenko

Kateryna Pavlichenko, Deputy Minister of the Interior, stated this at her briefing at Media Center Ukraine — Ukrinform.

“The National Police received reports on 4,242 children missing during the war by August 01, 2022. We have already found 4,039 children, or 95.2% of the total number,” Kateryna Pavlichenko said.

The Deputy Minister of the Interior called upon the public not to keep silent and report missing children or any information about what may have happened to them.

It has been reported that the Children of War Information Portal started working in Ukraine.