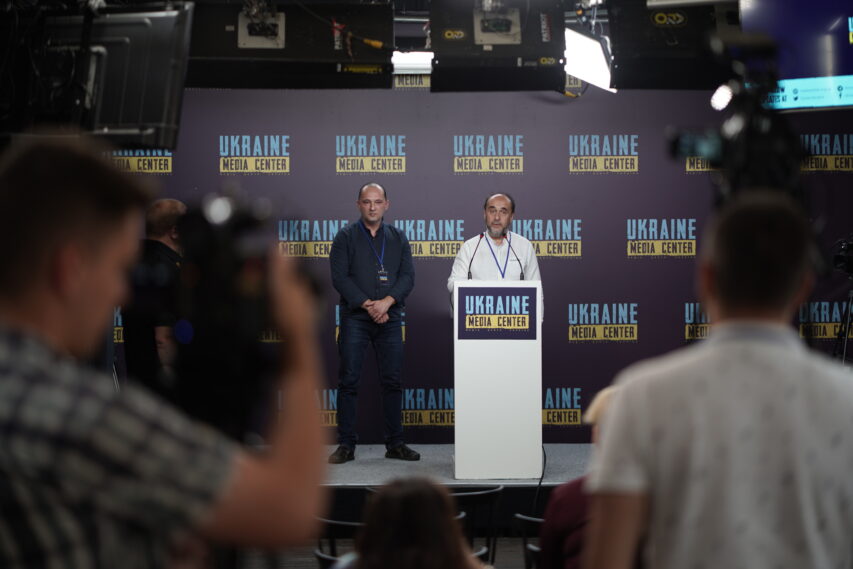 Over 250 art events have been held at the Lviv Philharmonic since the beginning of russia’s full-scale invasion. These include both concerts in the philharmonic hall, and street events, in particular, for immigrants. Volodymyr Syvokhip, Director General of Myroslav Skoryk Lviv Philharmonic spoke about this during a briefing at Media Center Ukraine. In addition, according to him, the philharmonic has begun proactively working on its sheet music archives since February.

“And every day we send sheet music by Ukrainian composers to some country. Before February 24, it hadn’t been like this, Ukrainian music wasn’t practically talked about. And this convinces me that our music has a great future,” — Volodymyr Syvokhip said.

Also, according to the director general, despite the war, the musicians of the Lviv Philharmonic are actively touring the world. However, at first only the female part of the team went on tour, due to the restrictions on traveling abroad for men.

“We created the know-how: a women’s quintet, a women’s quartet, a women’s chamber choir “Gloria”. Now we are already traveling with a full team: we have been to Poland, Germany, and Georgia. And in August, we’re planning to go to Poland again,” — the Director General of the Lviv Philharmonic explained.

Another area of ​​the Philharmonic’s work at the time of the war is the project “Ukraine-2022. Muses are not silent”, which was launched back in March. According to Bohdan Sehin, Commercial Director at the Lviv Philharmonic, this project helps musicians from other regions of Ukraine. A total of 33 concerts have already been held as a part of the project.

“Many musicians moved to Lviv from Kyiv and Kharkiv and were looking for an opportunity to realize themselves professionally. So we started broadcasting concerts without an audience in the hall. With these broadcasts, we collect donations, and with this money we pay the musicians’ fees,” — Bohdan Sehin said.