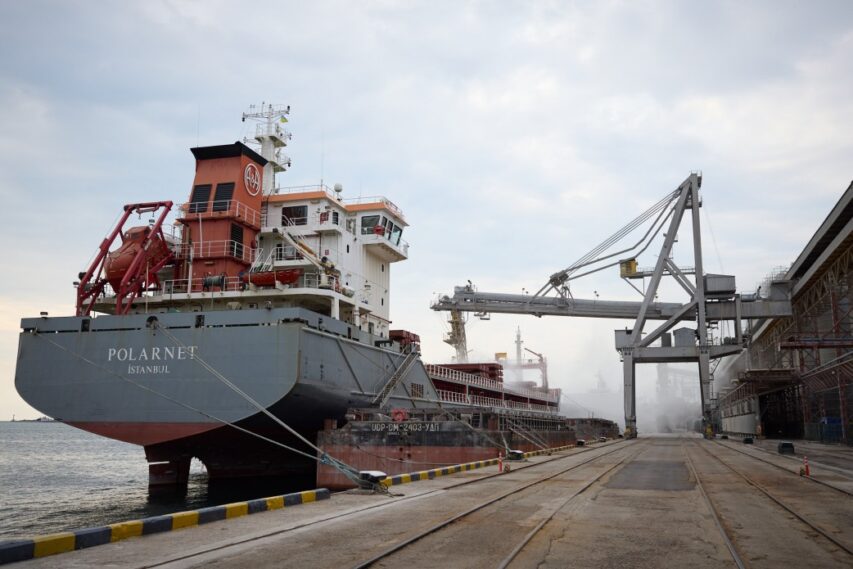 “Our ports are ready for work: 16 loaded ships are waiting for a decision from the Joint Coordination Center,” Dmytro Barinov

Ports of Ukraine are ready to send out ships. Currently, 16 ships loaded with agricultural products are waiting for the final decision to be made at the Joint Coordination Center. Dmytro Barinov, Deputy Head of the Seaports Administration in Charge of Government Relations spoke about it at a briefing at Media Center Ukraine. He added the final decision about whether the ship will depart is up to the ship’s captain and shipowner.

“These three deep-sea ports (Odesa, Chornomorsk and Pivdennyi) were chosen. They are the largest in Ukraine, and they have terminals suitable for loading agricultural products as well as ships that have been blocked since the beginning of the war, which are currently ready to leave and proceed to the ports of destination. The ports are also ready to receive ships that will come for cargo,” — Dmytro Barinov.

As reported, on August 1, for the first time since the beginning of russia’s full-scale invasion, a ship carrying Ukrainian grain left the port of Odesa. There were more than 26,000 tons of corn on board.