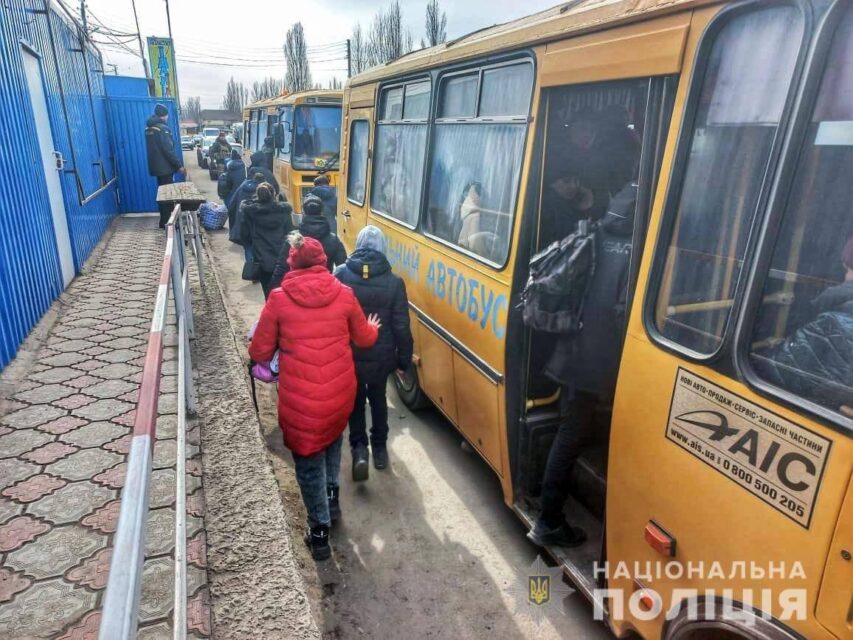 Photo by National Police of Ukraine

«We have asked for approval of this route and plan to send buses from Zaporizhzhia to Berdyansk to gather people from Mariupol» – said Irina Vereshchuk – «We will also launch a fuel tanker on the route to refuel private cars».

«Through these routes, we also plan to deliver humanitarian aid – food and medicine – to the settlements of Gostomel, Bucha, Semipolka, Markivka, Opanasiv» – the Deputy Prime Minister added.

❗Iryna Vereshchuk said that as for today, the National Information Bureau had been established in accordance with the Geneva Convention relative to the Treatment of Prisoners of War dated August 12, 1949.

It is determined that the State Enterprise “Ukrainian National Center for Peacebuilding”, which belongs to the Ministry of Reintegration, will be a legal entity under public law and will perform the functions of the National Information Bureau.

❗«Through the Ministry of Foreign Affairs, we have informed the International Committee of the Red Cross about the establishment of this bureau – we hope that our work will be fruitful and, above all, fruitful for people and families who are waiting for their sons and daughters».