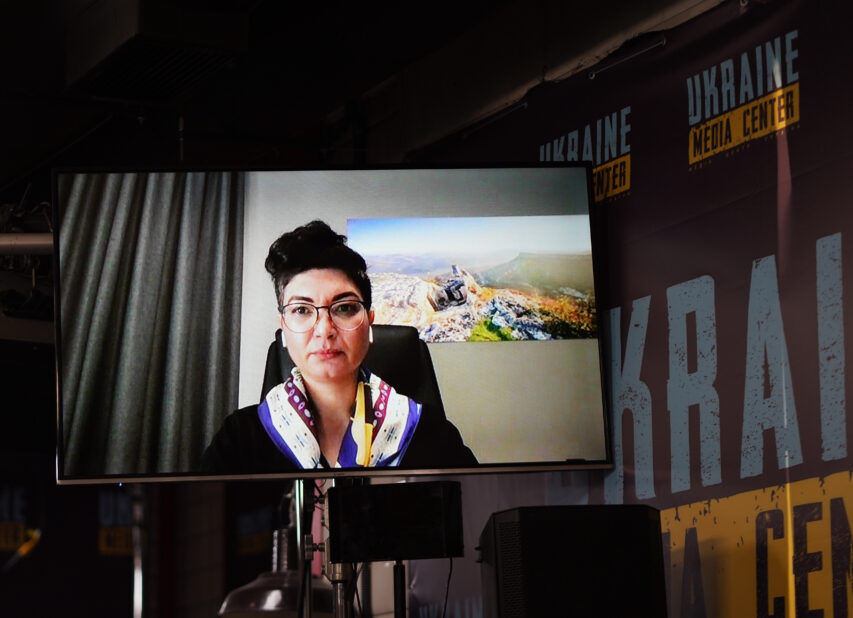 About 70% of the Crimean Tatars, who had lived in Kherson region, were forced to flee their homes since the start of russia’s full-scale invasion of Ukraine, Permanent Representative of the President of Ukraine in Crimea Tamila Tasheva said at a briefing at Media Center Ukraine.

“There were about 10,000 Crimean Tatars living in Kherson region, maybe even more. Around 70% of them were forced to leave their homes. The russian soldiers are deliberately coming to their homes to ask if they have ever taken part in the fighting in the East, or in the civil blockade of Crimea that took place in 2015, if they are associated with the Mejlis, and so on,” — Tamila Tasheva said.

In addition, she noted that the occupiers are putting much more pressure on the Crimean Tatars, as a pro-Ukrainian population group, as opposed to what they did before February 24.