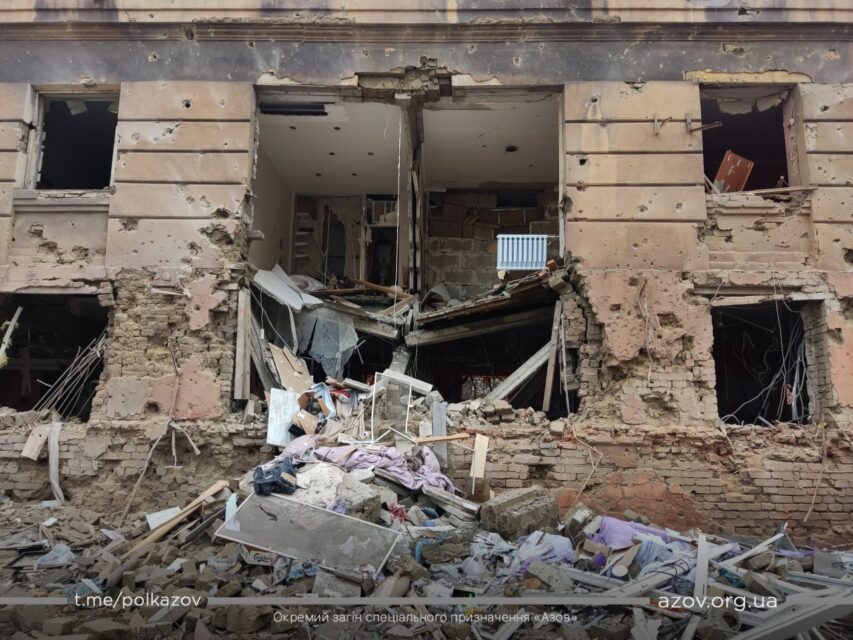 A total of 85% of buildings in the Volnovakha district of Donetsk region have been either destroyed or damaged, and 50% are beyond repair, Head of Donetsk Oblast Military Administration Pavlo Kyrylenko said at a briefing at Ukraine Media Center.

He also noted continuous shelling of the settlements of Marinka, Krasnohorivka and Svitlodarsk. Big cities of the region, such as Kramatorsk, Slovyansk and Pokrovsk are also under fire from missile strikes. There is virtually no settlement in the region that hasn’t suffered from the occupiers’ attacks.

However, according to the Oblast Military Administration Head, the enemy hasn’t achieved any strategic or tactical gains in the region, and can’t cross the Ukrainian defense lines.

«It is the professionalism and unprecedented bravery of Ukrainian Armed forces in the fight against the overwhelming forces that unsettles enemy plans daily,» – Pavlo Kyrylenko added.