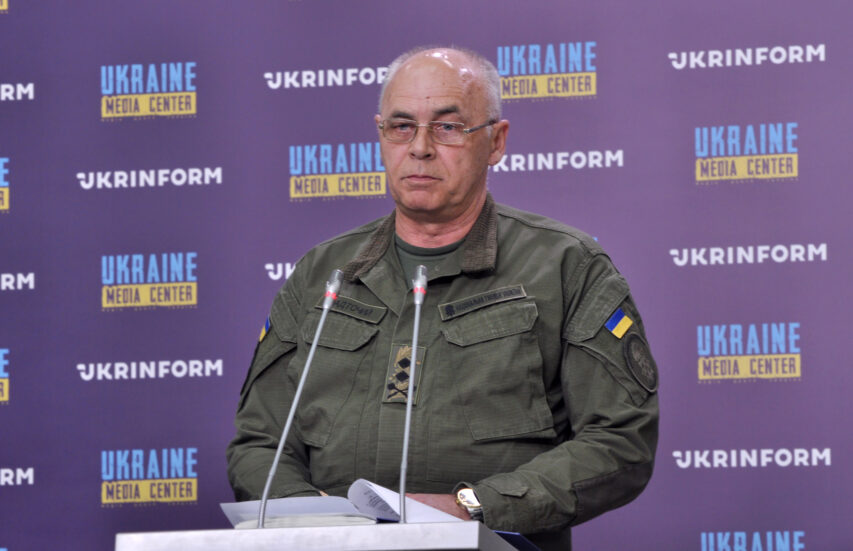 Near Sievierodonetsk, Units of the National Guard of Ukraine, Together with the Special Operations Forces, Destroyed Three Grad Missile Launchers

Artillerists of the National Guard and units of the Special Operations Forces destroyed three and damaged one enemy Grad missile launcher.

Oleksii Nadtochyi, head of the Operations Office of the Main Directorate of the National Guard of Ukraine, disclosed this fact during his briefing at Media Center Ukraine — Ukrinform.

“In the course of reconnoitering the enemy’s rear near Sievierodonetsk, our operators detected several Grad BM-21 multiple rocket launchers. The foe used them to shell Sievierodonetsk, other villages and towns, and positions of the Ukrainian defense forces. Having ascertained the exact coordinates of the launchers with a UAV, our soldiers handed over the data to artillerists of the National Guard of Ukraine,” Nadtochyi described the operation.

With accurate fire, the artillerists destroyed 3 of 4 multiple rocket launchers of the enemy. One more Grad unit was damaged. Operators of the Special Operations Forces of Ukraine adjusted the artillery fire.