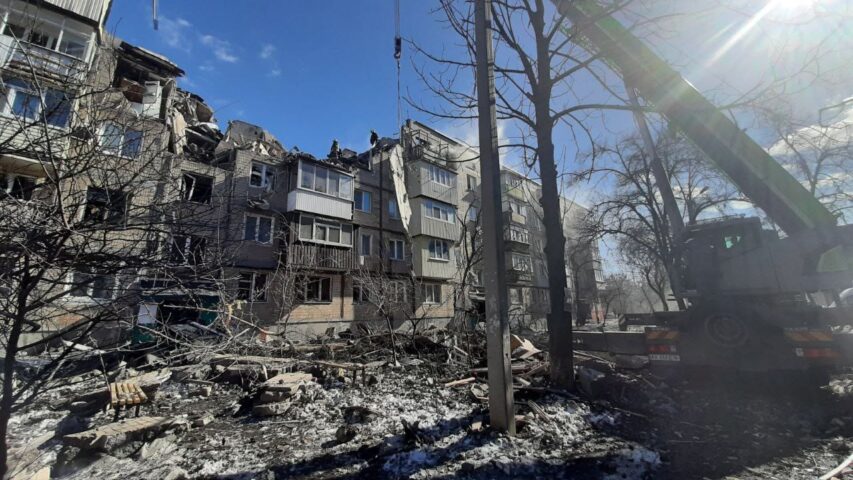 “More Than 3,500 Infrastructure Facilities in Ukraine Destroyed by the Russian Aggression,” Denys Monastyrskyi

More than 3,500 infrastructure facilities in Ukraine have been destroyed in part or in full as a result of attacks by Russians. Denys Monastyrskyi, Minister of Internal Affairs of Ukraine, made a statement to this effect at the press briefing in Ukraine Media Centre.

The infrastructure facilities that have been destroyed or damaged include:

Currently, the State Emergency Management Service and the National Police officers are redoubling their efforts to restore vital infrastructure and residential buildings.

Owners will be able to give notice of the destruction of their dwellings via the Diia app.

We want to remind you that Ukraine Media Centre started working in Lviv to support media covering the war unleashed by Russia against the Ukrainian people. This Media Centre is launched as a joint initiative of willing representatives of the media community, volunteers, active citizens, business, and Ukrainian government agencies of various levels, including both the Office of the President of Ukraine and local governments, as well as the Center for Strategic Communications and Information Security. The Media Center provides information support to journalists currently working in the City of Lviv and Lviv Oblast. In addition, the Centre hosts daily press briefings by government officials, international partners, and activists from Lviv and other cities of Ukraine.