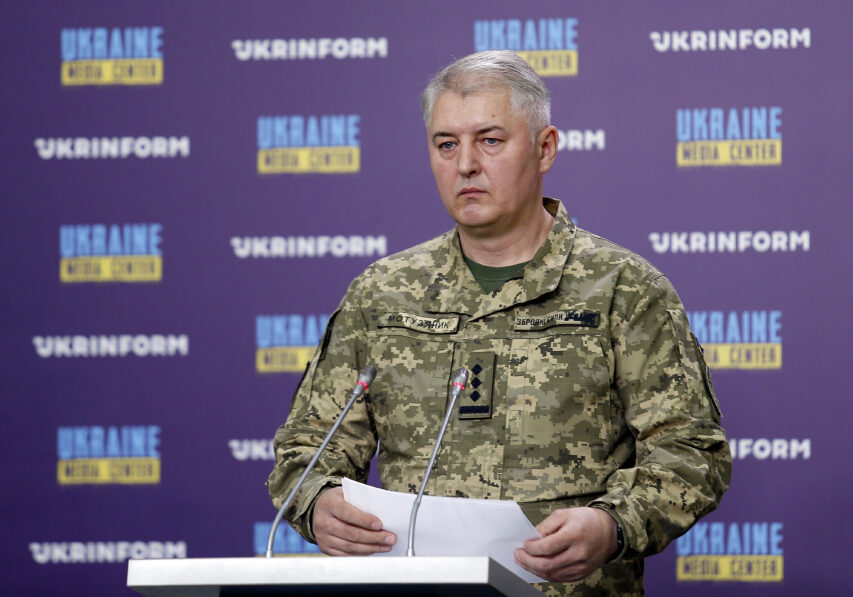 “Missile Attack Threat from belarus Still Exists, belarusians Can Be Engaged in the War against Ukraine,” Ministry of Defense

Oleksandr Motuzianyk, the spokesperson of Ukraine’s Ministry of Defense, spoke about this during his briefing at Media Center Ukraine — Ukrinform.

“The threat of missile attacks by russians from the territory of belarus on critically important civil infrastructure facilities in Ukraine persists due to the relocation of a battalion of Iskander-M Short-range Ballistic Missile Systems from Asipovichy in Mahilyow Oblast to the border areas of Brest Oblast of belarus,” the spokesperson said.

According to the Defense Intelligence of Ukraine’s Ministry of Defense, up to 1,500 reservists are trained in Pogonovo and Boguchar military training grounds (Voronezh Oblast of russia) for motorized infantry, tank, and artillery units.

“It can’t be ruled out that this personnel can be engaged in combat in Ukraine after completing their three-week-long training,” the Ministry of Defense emphasizes.

The enemy keeps striking military and civilian targets in the territory of Ukraine. For instance, facilities near Bakhmut and Soledar in Donetsk Oblast were attacked with air-launched cruise missiles. Invaders used Tu-95MS strategic bombers and Tu-22M3 long-range bombers for these attacks.