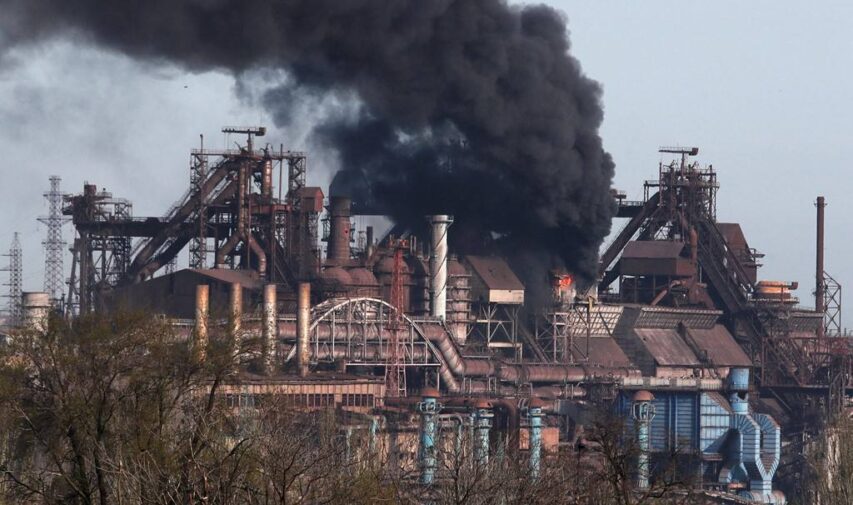 “The deplorable conditions in which all those besieged in Azovstal, the lack of access to medical care, and the worsening of the their physical and psychological state are clear violations of Chapter IX, Article 55 of the United Nation’s Charter, which requires universal respect for, and observance of, human rights and fundamental freedoms for all without distinction as to race, sex, language, or religion, as well as of the UN Declaration of Human Rights, and the Helsinki Accords” – says Iryna Vereshchuk, the Minister of Reintegration of Temporarily Occupied Territories of Ukraine in the letter to Michel-Olivier Lacharite, MSF head of emergencies and MSF Country Director in Ukraine.

Ministry for the Reintegration of the Temporarily Occupied Territories of Ukraine, referring to the principles which guide MSF organization’s work, calls on MSF to organize a mission to evacuate the defenders of Mariupol and Azovstal and provide medical care to the wounded people, whose human rights were violated by Russian Federation.

The evacuation of the civilians from Azovstal and Mariupol was agreed by The United Nations and International Committee of the Red Cross. However, neither the UN, nor the Red Cross have taken the responsibility of evacuation of defenders and wounded soldiers. The activists across the world have been calling on the United Nations, European Union, President of Turkey to save defenders. However, none of the actions has helped to rescue the defenders of Azovstal.

The defenders are for 72 days in a row under the ongoing shelling and attacks by the Russian army, and, consequently, are constantly getting injured. They were securing the safety of the civilians, trapped in the besieged city, sharing their food and water, and curing the injured citizens for all this time. Now, there is a lack of medicines, water and food, wounded soldiers are dying because of gangrene and sepsis.

As being said in the letter, according to the MSF charter, the organization provides assistance to populations in distress, and to victims of armed conflict irrespective of race, religion, creed, or political convictions, guaranteeing the neutrality and impartiality in the name of universal medical ethics and the right to humanitarian assistance.

“Based on the principles which guide your organization’s work, the Ministry for the Reintegration of the Temporarily Occupied Territories of Ukraine asks that MSF form a mission to evacuate the defenders of Mariupol currently trapped inside the Azovstal steel mill and their injured, assess their physical and mental conditions, bear witness to the conditions in which they have been living, and provide medical care to the Ukrainians who have had their human rights violated by the Russian Federation.” – the letter said.

The text of a letter: Link

Contaсt at the Ministry Reintegration of Temporarily Occupied Territories of Ukraine: