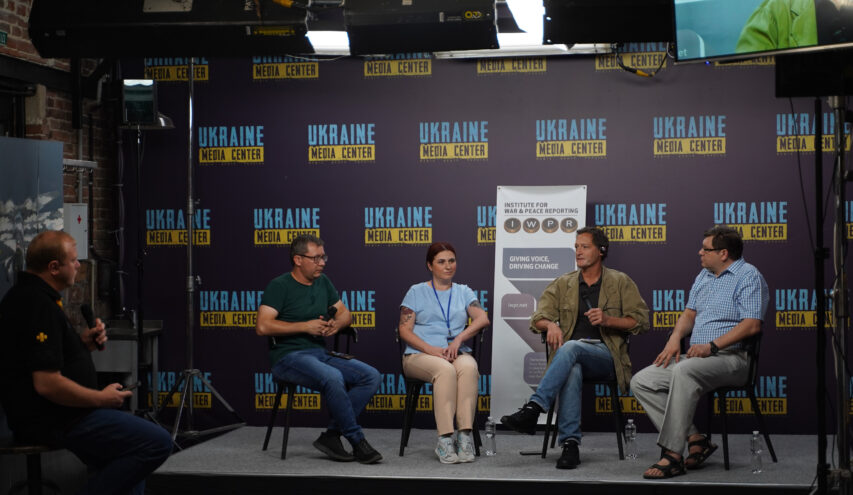 How criminal evidence is documented, collected, and shared in criminal cases during the russian-Ukrainian war and current media coverage of war crimes courts and processes are among the topics discussed as a part of the discussion held at Media Center Ukraine. The event was held in partnership with the Institute for War and Peace Coverage, the Ukraine Voices project.

The full video of the discussion is available here.

The following are the most interesting quotes from the panelists:

“One of the grave problems that we have on information and investigations is that it is not possible to work in the currently occupied territories or those that were previously or are currently with fighting. So that certainly limits. And this is really the gravest challenge. As Ukrainians will know well more than I do, war crimes are continuing every day in these territories. Whatever may have happened in Bucha, Irpin, Hostomel is continuing elsewhere in territories, where we do not have eyesight. That’s an ongoing and a really draining tragedy. But otherwise, we are really working across the country in every territory where we can. We’re working through local teams, we’re working through our hired staff, and we are also working with a network of investigators and human rights groups in a really exciting project called “The Reckoning Project. Ukraine Testifies”. And this is to strengthen journalists and others in their storytelling. One of the really important points is that journalists in their work do not undermine the judicial reliability of information.”

Ruslan Topolevskyi, Human Rights Defender and Expert of the Center for Legal and Political Research “SIM” on documenting russian crimes:

“With the beginning of hostilities, after February 24, public human rights organizations of Ukraine united into “Tribunal for Putin” initiative. The goal is to document the war crimes committed by the russian troops. In essence, what we have now is a war online, and we have war crimes online. This is probably something that has not happened in previous armed conflicts. Because, as a rule, investigations into war crimes were carried out after either the active phase or the hostilities themselves ended. We can see it online now. In the 150 days of war, we recorded almost 10,000 cases of shelling by various means, more than 14,500 cases of shelling of various buildings, including churches, schools and the like. They (crimes) are being documented before our eyes, we see it now and it is clear that we cannot cover everything.”

“It is clear why the russians kill journalists, because they are the witnesses of their crimes. They capture them on camera in real time. They are the ones who then become the foundation for court sentences. This year, Ukraine has seen the most journalists’ deaths in the world, with Mexico being in second place. I believe there were about 15 dead people in areas with a constant war between drug cartels. And so two countries, Mexico and Ukraine, allowed such an international organization as the Press Emblem Campaign (this is an NGO with Special consultative UN status) to put forward an initiative to toughen up the responsibility for crimes against journalists in international legislation and international humanitarian law.”

“The case, the situation with Amnesty International is very indicative. It shows how sensitive these issues are, especially in times of war, in times of ongoing conflict. It demonstrates that double standards are unacceptable in such a period. And for me, this is quite a positive story because all other organizations will see how tolerating and playing diplomacy with a terrorist country can hurt the organization’s reputation.”