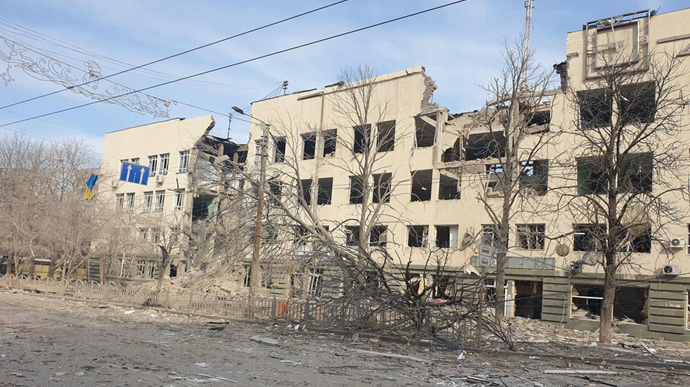 «Mariupol is being killed. No city in Ukraine is going through this» – Iryna Vereshchuk highlighted

Deputy Prime Minister – Minister of the Reintegration of the Temporarily Occupied Territories of Ukraine Iryna Vereshchuk reported on Israeli radio about the tragedy of the Ukrainian city. «This is pathological bullying!» – She said.

After all, for the third week in a row, the humanitarian corridor to the city has been impossible due to the refusal of the russians to allow large buses and trucks.

«The only one way people can leave Mariupol is in their own cars or on foot» – the official explained. – «Departure on own transport is complicated by lack of fuel. People cover 80 kilometers to Berdyansk mostly on their own. Buses and a fuel truck are waiting for them there. We are trying to save people».

The Deputy Prime Minister emphasized that a humanitarian catastrophe has actually started in Mariupol.

«Everything we see on the photos and videos of the people who managed to escape cannot be treated in another way than genocide» – she said. – «The third week in the city and there is no water, light, heat, food, medicine. The russians drove people into basements, held them hostage and did not allow them to deliver humanitarian aid from outside. This is genocide, which will be given the appropriate international legal assessment with all the criminal consequences».