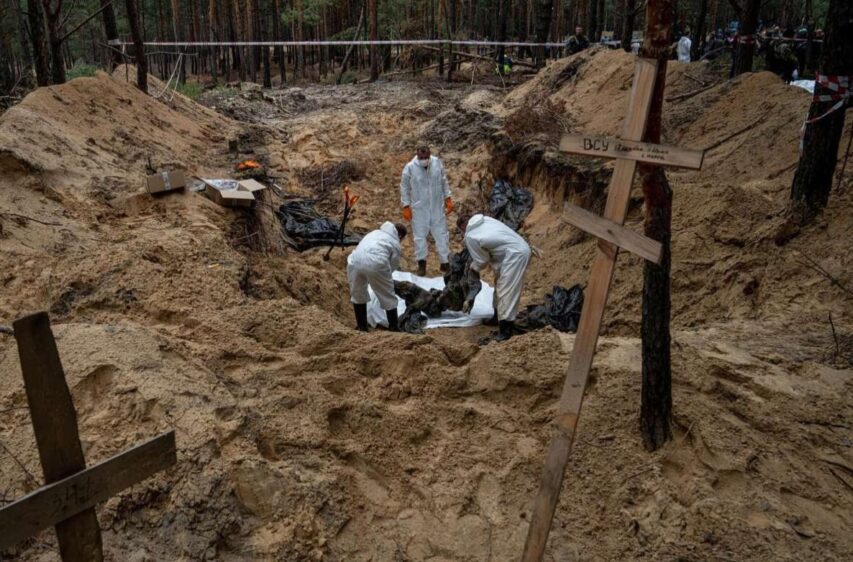 Izium City Council States That There Can Be More Than Three Mass Grave Fields in the City, and the Number of Civilian Casualties Is Still Being Determined

“The exhumations are ongoing. There are mass graves in at least three places, not one. These grave fields must be surveyed by specialists. While initially we estimated the number of civilian casualties in Izium to be close to 1,000, we can see now that this figure can become much higher,” he said.

According to Matsokin, the city residents no longer fear speaking out about the russians’ atrocities, “All Izium residents are in a grave psychological condition, and it is very difficult to get over consequences of the six-month-long occupation.”