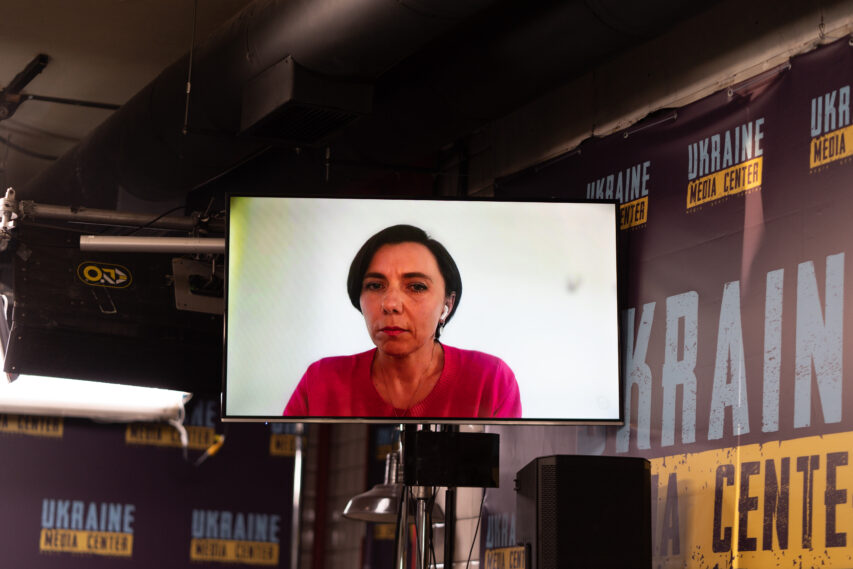 “It is important for us to show eyewitness testimony to general public,” Co-Founder of Ukrainian Data Battalion

Over 3,000 videos and more than 8,000 photos from hotspots of the russian-Ukrainian war were collected by the DATTALION (Ukrainian Data Battalion) project. This is an initiative that allows Ukrainians to share photos and videos from the front lines that journalists cannot reach. The founders of the project say that the world must see the truth of what the occupiers are doing in Ukraine. Nataliia Mykolska, Co-Founder and CEO of DATTALION, made this statement at a briefing at Media Center Ukraine.

“It is extremely important for us to show eyewitness testimony to the general public, as well as to politicians and decision-makers in this world. After all, we are convinced that this war is not just about Ukraine, it is about democracy in the world. And this is a war for the future of the world,” — Co-Founder and CEO of DATTALION, expert on strategic transformations Nataliia Mykolska said.

“Within the last three months, we reached 2.5 million people who have heard us. And it’s unbelievable, even though it’s just the beginning. We are popular on social media. Our pages are constantly blocked, because even the safest content we have contains scenes of violence. You can imagine how difficult it is to work with such videos day by day,” — Liliia Tymoshenko, Co-Founder of DATTALION and General Administrative Director of the initiative added.

One of the stories documented by the DATALLION project is the story of Ihor Ivashchenko, a man from Mariupol. He worked at the Azovstal polyclinic. A shell flew into his apartment building. According to him, the occupiers attacked the civilian infrastructure deliberately.

“There were no soldiers near us at all, no military bases. There is only an empty school nearby. Even though the russians said that Azov (regiment) was sitting in schools and kindergartens, so they were being shelled, in fact, there were no soldiers in the school or the kindergarten in our yard. But it came… The first arrival of a russian plane. Terrible roar. The jet was flying low and they were dropping bombs, after that I realized that we would not survive there,” — Ihor Ivashchenko said.