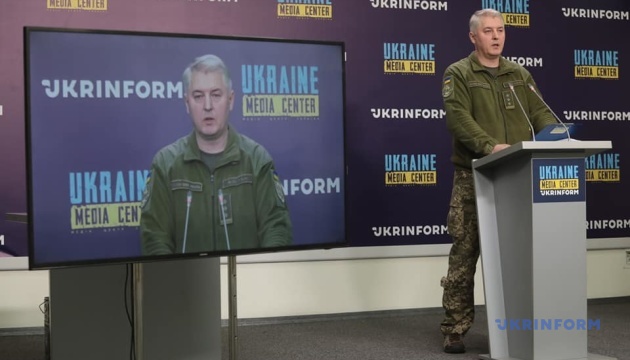 As of today russia continues to block any kind of humanitarian aid to Mariupol and simultaneously continues to shell the city with artillery and missiles, Spokesperson of Ukrainian Defense Ministry Oleksandr Motuzyanyk said at a briefing at «Ukraine» Media Center (Kyiv).

«As of today the situation in the city remains unchanged, russia is blocking any kind of humanitarian cargo from Ukraine and attacks the city and the territories, where russian army is blocking our detechments around Azvostal iron and steel works, with bombs and missiles,» – the Spokesperson said.

According to him, there were no direct assaults, however the russian army continues to execute artillery, missile and bombing attacks.

As reported, russian aggression has caused one of the largest humanitarian catastrophes in Mariupol. The invaders are bombing civilians and blocking the humanitarian aid.

Earlier Mariupol mayor said that since the beginning of the invasion over 20,000 civilians had died in the city. According to the Defense Intelligence of the Ministry of Defense of Ukraine, 13 mobile crematoriums intended to clean out streets from the bodies of dead civilians were spotted in Mariupol. The invaders are trying to identify all potential witnesses of the atrocities in the filtration camps to eliminate them.

About 120,000 civilians remain in blockaded Mariupol.

Around 1,000 civilians and Ukrainian soldiers including 500 wounded remain on the territory of Azovstal metallurgical complex.