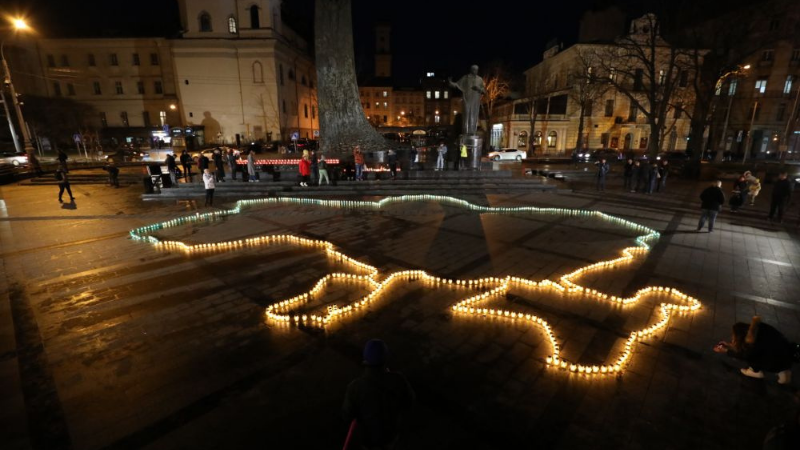 City-wide action «Svitlo Pamyati» (Light of Remembrance) took place in Lviv at the square in front of the Taras Shevchenko monument. Hundreds of candles were lit, and a memorial service was held with the participation of representatives of all religious denominations in memory of the innocent Ukrainians killed by the russian occupiers.

Heads of the city and the oblast, as well as the community of Lviv, attended the event.

«The terrible crimes committed by the russian occupiers in the 21st century against innocent Ukrainians cannot be forgiven or forgotten. Today in Lviv we lit together the light in memory of the people who were brutally killed in Bucha, Irpin, Mariupol, Chernihiv, and other cities of Ukraine,» – mayor of Lviv Andriy Sadovyi commented.

Representatives of the clergy also attended the «Svitlo Pamyati» action.