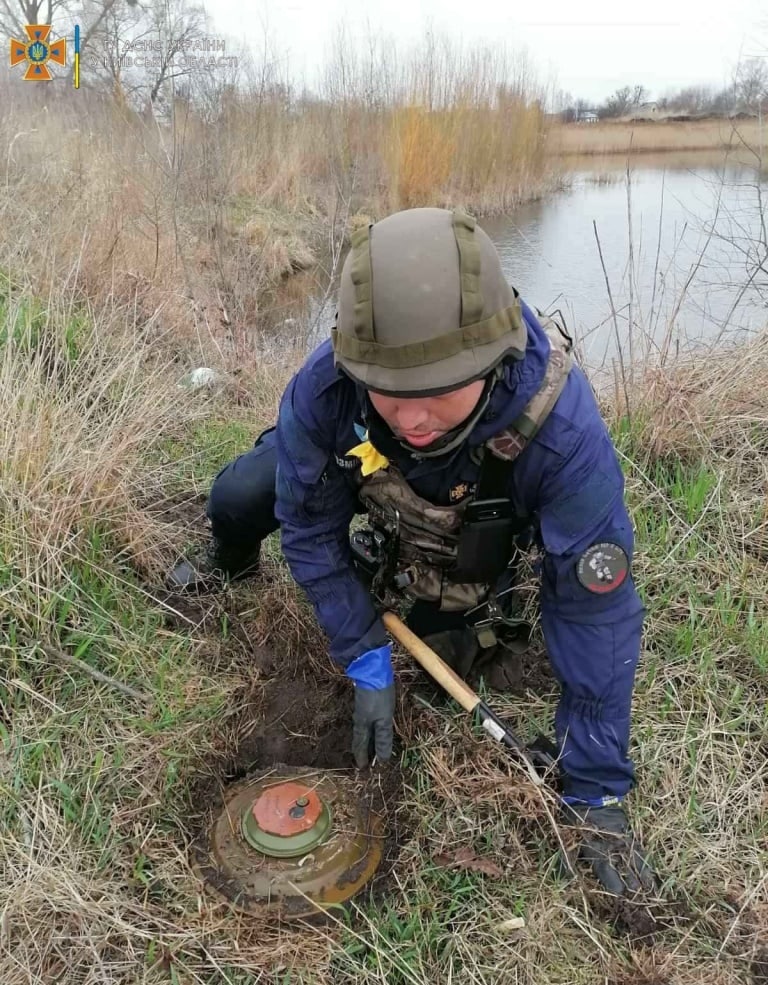 Approximately 300 thousand square km of Ukraine’s territory should be inspected for mines and may require humanitarian demining.

This was stated by Oleh Bondar, Head of the Division for Pyrotechnical Works and Humanitarian Demining of the SESU (the State Emergency Service of Ukraine) at a briefing in the Ukraine Media Centre held in Kyiv.

According to Bondar, immediately following the liberation of settlements from the Russian occupants, the SESU first and foremost handle its inspection and demining.

“The modus operandi is as follows. Settlements inspection for explosive objects – in the first instance, then – transmission lines rehabilitation, ensuring the safe operation of emergency crews of power engineers, water and gas utility workers, etc. The next thing is the clearance of roads, only when it de-mined can we advance to the agricultural land to work with farm households and agrarians to carry out the sowing campaign. We will try to do every effort to give our farmers the opportunity to start planting season,” Bondar said.

There are about 550 pyrotechnical experts in the State Emergency Service of Ukraine , the specialists work across all regions.

“Our specialists are highly qualified professionals, they perform their work and handle such ammunition type as
Kalibr cruise missiles, Iskander ballistic missile system and other anti-aircraft systems, such as surface-to-air missiles, air-to-air missiles. The occupants are using multiple rocket launchers carrying cluster munitions, having large damage spread zones and becoming operational. We defuse them on sight at the place of discovery. Our sappers defusing all kinds of ammunition without a hitch,” said Bondar.

According to SESU, the specialists neutralize from 2 to 6 thousand explosive ordnance and inspect hundreds of acres of territory, on average, per day.

The main efforts of sappers now focus on the directions of Bucha and Irpin, Borodianka, Hostomel, Nemishayev, settlements Buzova, Zalissia, Bohdanivka, as well as Chernihiv and Nizhyn directions, work in Trostyanets in the Sumy Oblast, etc.

“We examined the city of Irpin, but there are households with no residents, and we as a rescue service have no permission to go into the yard [without the presence of the owners]. We leave postcards, where we ask to call the SESU to inspect the house, get a presence permit in case the owners return,” Bondar noted.

He stressed that permission to return to settlements is provided by local authorities. Bondar urged to follow the instructions of local officials regarding the possibility or prohibition to return. It is not safe to be in any settlements until the inspection is conducted.

There are a lot of instances of munitions being used against civilians. We’ve dealing with mines in the entrances of multi-storey buildings, anti-personnel and anti-tank mines. In addition, there are cases of remote mining systems in Kharkiv Oblast; […] tripwire grenades are installed in the yards, we neutralize a good deal of explosive ordnance in the furniture inside the premises. A grenade can even be in a glass, without a pin, a fixed one. It is extremely dangerous. So I ask all citizens to contact whether the State Emergency Service or the police to inspect the building before entering a house. You should have the utmost confidence in the security,” added Bondar.

In addition, the SESU records all cases of use of ammunition prohibited by international law in accordance with the established procedure and present the evidence of their use in the legal plane.

“All tasks are performed in a timely manner. In the future, we also guarantee the fulfillment of all tasks so that our citizens feel safe,” added the State Emergency Service of Ukraine representative.