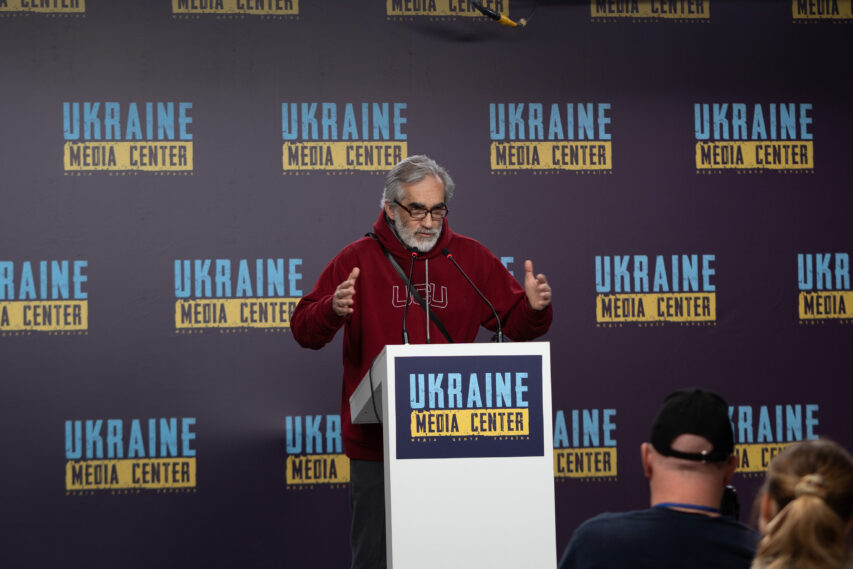 Helping foreign journalists to cover the war in Ukraine: an orientation session for the media

An orientation session for media representatives took place at Ukraine Media Center. Its purpose was to help representatives of foreign media to understand the Ukrainian events, and, in particular, to get acquainted with the historical, economic, and geopolitical context of the russian-Ukrainian war, as well as to gain practical knowledge a journalist may require while working during the war.

Speakers at the session were spokespersons of the Security Service and the National Police of Ukraine, representatives of the Territorial Defense, Lviv Oblast Military Administration, and Lviv City Council.

World-class historian, Professor of the Ukrainian Catholic University Yaroslav Hrytsak and co-founder of the «Militarnyi» portal Oleksandr Arhat were among the top speakers.