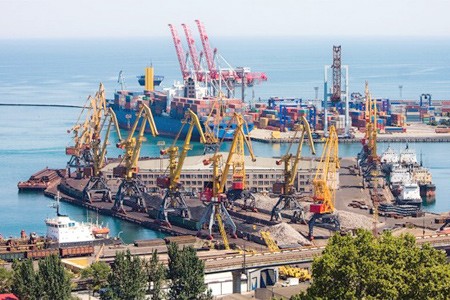 “Export of grain through Black Sea ports won’t be canceled due to russian shelling,” Spokesperson for Odesa Oblast Military Administration

Export of grain through the Black Sea ports will not be canceled due to russian shelling. Serhii Bratchuk, Spokesperson for the Odesa Oblast Military Administration spoke about this during a briefing at Media Center Ukraine.

“The issue is being worked out further. We’re talking about the formation of caravans of ships that will carry out these tasks along the waterway, (according to) the agreements that were agreed on, I emphasize, between Ukraine, Türkiye and the UN,” — Bratchuk said.

Also, the Spokesperson for Odesa Oblast Military Administration explained that the agreement on unblocking the ports does not provide for the complete demining of the Black Sea waters in this area in order to prevent an attack by russian troops on Odesa from the sea.

“The security component remains the most important issue on the agenda. All issues related to our security and defense are taken into account,” — Bratchuk assured.