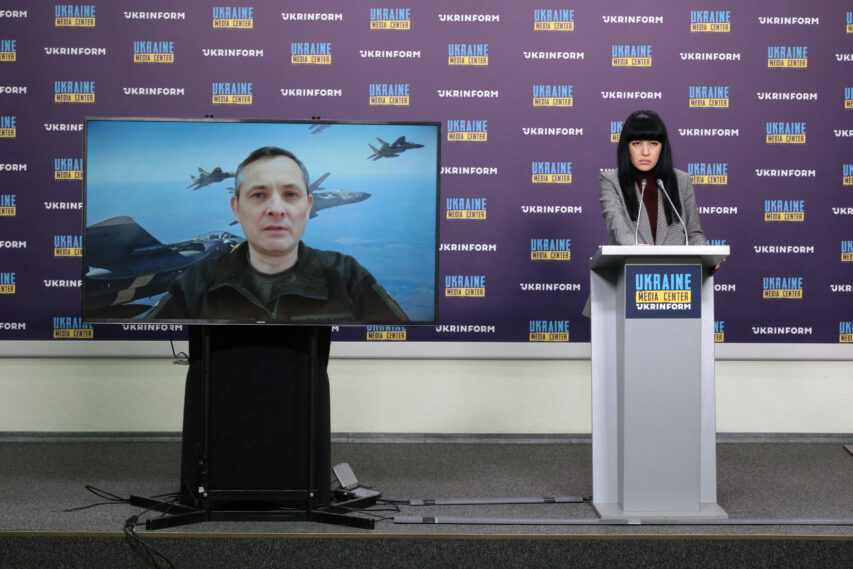 “Everyone will be punished for the terrorist attack in Dnipro: from the crew of the plane to the leaders who gave the order to fire a missile at the densely populated city,” — Ihnat

The lists of personnel of the russian regiment that carried out a rocket attack on a residential building in Dnipro, are already known and all criminals will be punished. Yurii Ihnat, Spokesperson of the Air Forces Command of the Armed Forces of Ukraine expressed his confidence in this at a briefing at Media Center Ukraine — Ukrinform.

“This is another crime committed by the russians against the Ukrainian people, which is already being called the genocide of the Ukrainian people, for which they will absolutely have to pay in international legal institutions. They will be held accountable. They are currently stationed at the Shaykovka airbase in russia, and the identity of the commander and his family have already been made public. There should be no lynching here. It is clear that these are scum and criminals, who must be punished. I think that our special services have lists of the personnel of the entire regiment. Nowadays, it is not a problem to get these lists and know by name everyone who carried out the order, from the crew, because there is more than just one pilot in a Tu-22M3, but an entire crew, and up to the leaders, who gave the order to shoot at a densely populated city with a Kh-22 missile, in which the error can be up to 600 meters. This terrorist attack has already been recorded and will be punished, that’s clear,” — Ihnat said.