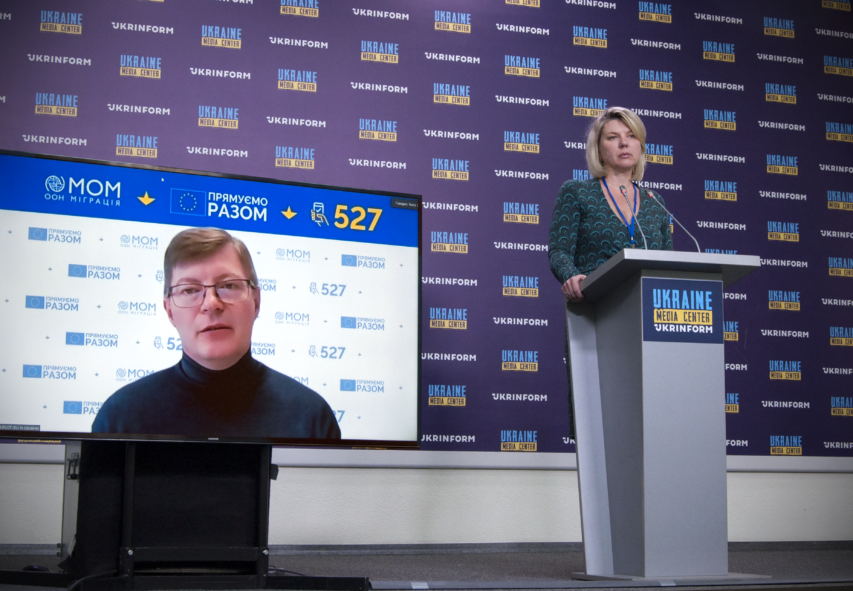 The European Union, together with the International Organization for Migration (IOM), has launched an all-Ukrainian awareness-raising campaign to prevent human trafficking during the war. The EU-funded campaign covered the basic security rules and risks of human trafficking that Ukrainians fleeing the russian invasion need to know, Remi Duflot, Deputy Head of the EU Delegation to Ukraine said at a briefing at Media Center Ukraine — Ukrinform.

“Together with IOM, we launched the all-Ukrainian awareness raising campaign for the prevention of human trafficking during the war. The EU and the member states promptly adopted legislative solutions to ensure social protection of all Ukrainians, who are forced to seek refuge from war. (This was done) by activating, for the first time ever, the temporary protection mechanism that allows Ukrainian citizens in our countries to benefit from small income, small revenue, healthcare protection, access to the job market and many other benefits. Among these risks that we all face in times of war, the difficult circumstances may push people to take decisions and accept, sometimes too quickly, without due reflection, offers of help with shelters, transportation or employment, which can lead to labor, sexual and other forms of exploitation. And this is why we launched that campaign. They (refugees) will always find those who will help them, and they are the vast majority of people, but there are also those, few but very active, who exploit people and cause moral and physical harm,” — he said.

The campaign identifies 5 security markers:
– Documents. They should be presented only to official authorities and their employees. You should also have an electronic copy that doesn’t need to be handed over to anyone.
– Transport. You need to know where the transport is heading, tell your friends and family about it.
– Help offers. If you are a migrant, you are entitled to assistance. It is provided in many places, but remember to accept it from those who can be identified as representatives of a particular organization.
– Interaction, when you should be careful with strangers and avoid coming into contact with those who arouse suspicion.
– Communication. Tell your relatives, friends, acquaintances where you are, what possible changes can happen in the route. Also, choose a password that will indicate that you are in danger.

“The EU condemns in the strongest possible terms the unprovoked and unjustified invasion of Ukraine by russia. In this tragic situation the EU is fully in solidarity with the Ukrainian people. We have provided, continue to provide and will provide strong political, financial and humanitarian assistance to Ukraine and to its people,” — Remi Duflot said.

As reported, IMO noted that the number of IDPs has reached 7.7 million or 17% of the Ukrainian population since the beginning of the war.