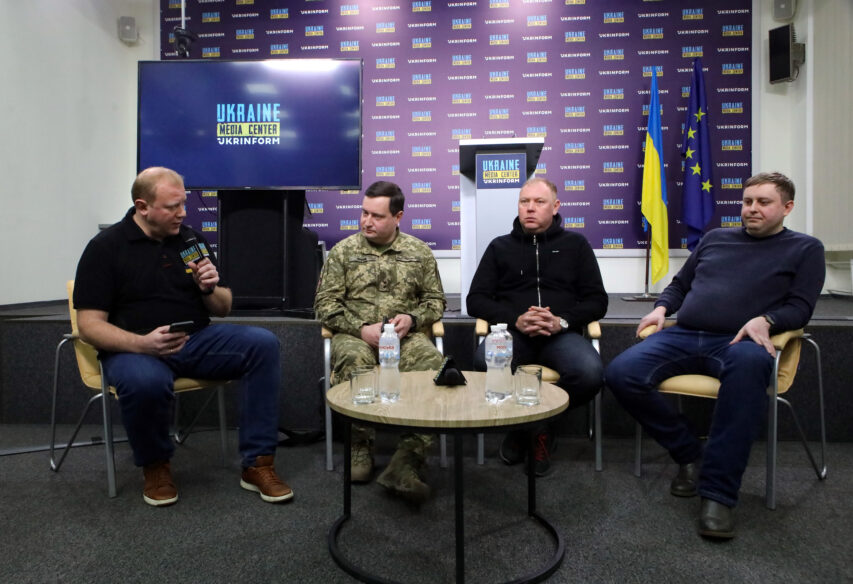 At the Media Center Ukraine — Ukrinform, the participants of the special event titled “PSYOP: How to Live and Work in the Times of Information Attacks” spoke about how and for what purpose russian PSYOPs operate, and what narratives are currently promoted in Ukraine.

“A psychological operation is an artificial story that has either a fictional background, or a partially true, and partially fictional story. It is manipulation, disinformation and distribution of any propaganda fabricated by the enemy. For example, “American biolabs in Ukraine” — a multi-layered, widespread story of artificial origin. It was aimed at creating a basis for the legal, in russians’ opinion, in the legal sense, entry of troops of the special military operation, as they called it, into the territory of Ukraine to destroy these laboratories and ensure peace,” Andrii Shapovalov, Acting Head of the Disinformation Countering Center of the National Security and Defense Council of Ukraine, said.

Is PSYOP a part of military tooling? Andrii Yusov, representative of the Chief Directorate of Intelligence, answered this question.

“We have the war at the front, and this is also a front, albeit the information one. PSYOP is very expensive, but when compared with the cost of tanks, missiles or S-400 systems, it is still much cheaper. Very frequently, the task is to save on utilizing conventional weapons by means of PSYOP,” Andrii Yusov explained.

Maksym Mayorov, representative of the Center for Strategic Communication and Information Security, outlined the key topics that russians currently use for PSYOPs aimed at the Ukrainian audience.

“As we can observe, the key attack is on resilience of the rear to power cut campaigns, undermining the front by disrupting the mobilization, directing efforts to deface mobilization and encourage avoidance. And this undermines faith in authorities, in their ability to ensure justice under the conditions of electricity shortage and other hardships of wartime,” Maksym Mayorov said.