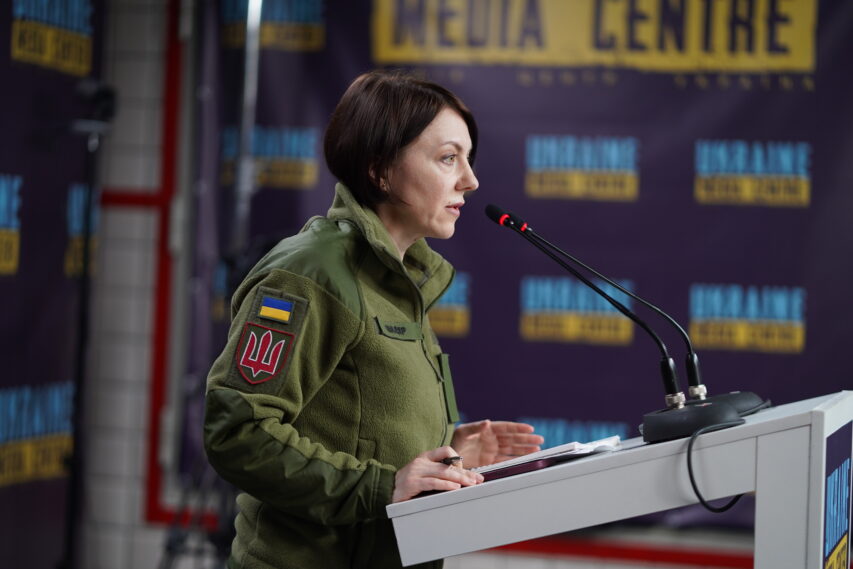 “Enemy Changes Its Strategy and Plans Its Actions for Several Days Ahead Only,” Hanna Maliar, Deputy Minister of Defense

Russia drew conclusions from its losses sustained in Kyiv Oblast and is now changing its combat strategy. They strengthen the intelligence operations while plans are prepared for the short term. Hanna Maliar, Deputy Minister of Defense, stated this during her briefing at Ukraine Media Center.

“The enemy is learning how to wage war against us. While they were disoriented at first, they are adapting to our tactics now… They are learning how to deal with our defense strategy,” Maliar told.

According to her, russians use terror against civilians on a mass scale. Peaceful citizens are tortured, raped, and murdered. russians destroy everything standing in their way and, first of all, civilian infrastructure. They have already destroyed hundreds of hospitals, schools, and kindergartens.

“Some things are really astounding for people in the 21st century. russians commit atrocities against a mother in front of her child or against a child in front of their mother… Entering liberated cities, we can see consequences rivaling medieval barbarity—bodies of murdered people and lots of killed animals. Let me ask what kind of fascists they were looking for among the animals,” the Deputy Minister of Defense said.

Hanna Maliar added that the russian policy of terror relies on blocking the work of humanitarian headquarters, the evacuation of peaceful civilians from the combat zone, and the supply of humanitarian aid to occupied territories. Minors often fall victim to this barbaric war. By now, we know about 167 children were killed and 279 children wounded due to russia’s invasion of Ukraine.