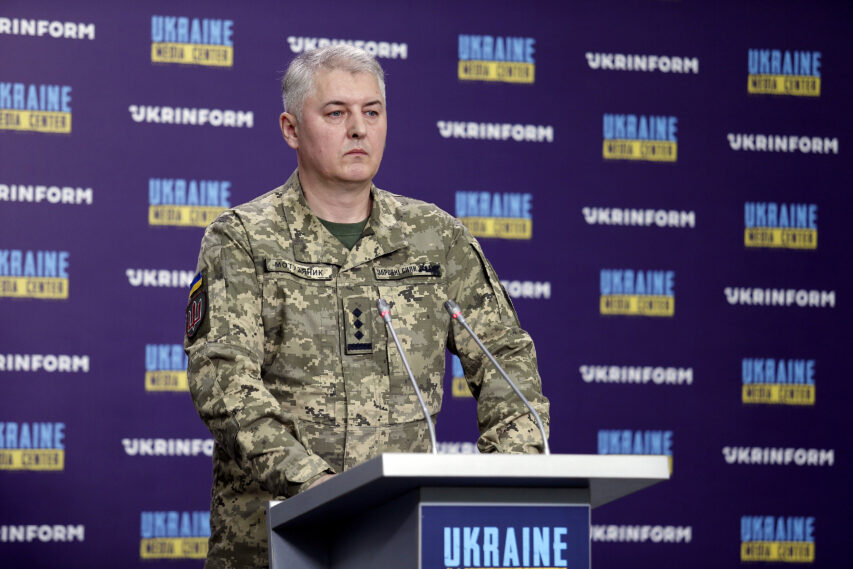 Oleksandr Motuzianyk, the Spokesperson of Ukraine’s Ministry of Defense, made this statement  during his briefing at Media Center Ukraine — Ukrinform.

“On the Lyman front, Ukrainian troops are repelling attacks by the enemy, which, after strengthening its numbers with the units of the Central Military District and with the support of Ka-52 helicopters, is advancing in the direction of Lyman — Staryi Karavan,” — he said.

On the Sievierodonetsk front, Ukrainian units are holding back enemy assaults in the northern, southern and eastern parts of the city.

On the Bakhmut front, the Armed Forces of Ukraine are opposing the enemy’s attempts to push Ukrainian units out of their positions in Bilohorivka and Vrubivka districts.

“To this end, the enemy inflicts intense air strikes by attack and army aircraft near Komyshuvakha, Berestove, and the village of Nyrkove. As a result of hostile assaults near Vozdvyzhenka, the enemy was partially successful, which allowed him to capture the south-western part of this settlement,” — said the Defense Ministry Spokesman.