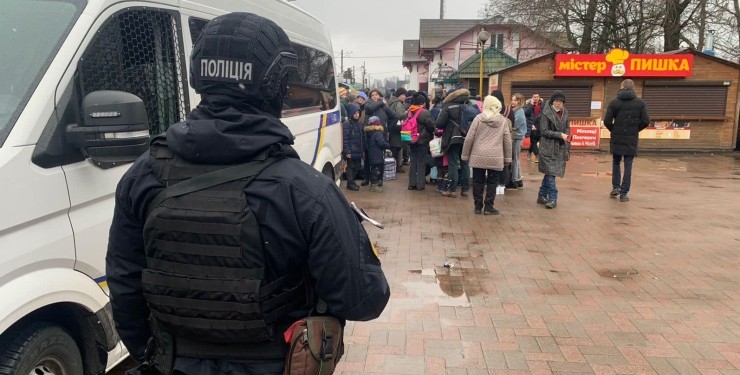 «Chernihiv, Kharkiv, Mariupol, Kyiv region: how the evacuation in the most difficult areas is organised» – Iryna Vereshchuk

In the ether of the national information marathon on the Inter TV channel, the Deputy Prime Minister of Ukraine Iryna Vereshchuk spoke about the most problematic areas in which it is difficult to organize humanitarian corridors.
Among the most difficult – Kharkiv and Mariupol routes.
«It is very difficult for us to get people out of there. Also, the occupiers do not allow to deliver humanitarian goods to the partially occupied part of Kherson region. Two days ago, a humanitarian convoy of 14 trucks with medicines and food was formed. And at the first checkpoint, the occupiers did not allow us to pass, so we had to close this route» – the official said.

She also informed about the ongoing negotiations with the occupiers on humanitarian corridors in Chernihiv region.

«It has been decided – and supported by the military – that the large humanitarian corridor will be too dangerous. Due to mined roads and constant shelling, we cannot open it on our own, so as not to harm our people» – she explained.

As for the Kyiv region, no action is being taken here due to the curfew.
«People from Ivankov, Dymer and other cities ask me for help. We really want to help them, but for their safety and preservation of life we need to wait another day» – Iryna Vereshchuk stressed.