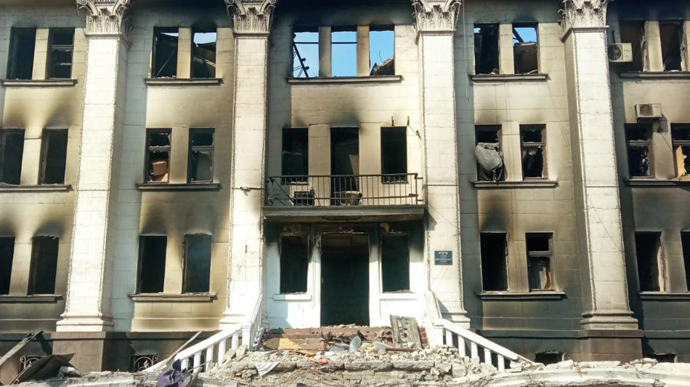 About 1,300 Ukrainians remain trapped under the rubble of the Mariupol Drama Theater – Commissioner for Human Rights of the Verkhovna Rada of Ukraine

Lyudmyla Denisova, Commissioner for Human Rights of the Verkhovna Rada of Ukraine, informed during her briefing in Ukraine Media Center that 130 people had been rescued from the rubble of the Mariupol Drama Theater, which had been bombed by the russian occupiers two days ago.

However, according to her, approximately 1,300 people remain trapped under the destroyed building. Ms. Denisova believes that the number of casualties in Ukraine will keep growing, unless the sky over the country is closed.