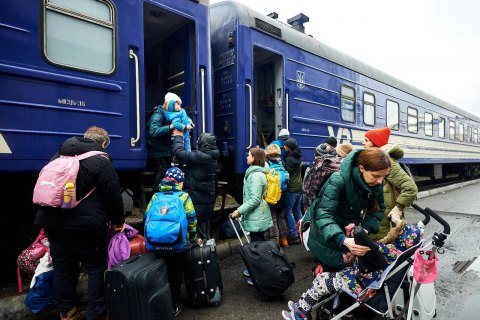 41,000 People Left the Temporarily Occupied Territories, and Almost 600 — the Combat Operations Region During the Autumn

During the autumn, 41,000 people left the Zaporizhia region. The evacuation continues: on December 4 alone, those who left numbered 900 people. Oleksandr Starukh, Head of Zaporizhia Oblast Military Administration, made this report during the briefing in Media Center Ukraine — Ukrinform.

“During the autumn, 41,000 people left the temporarily occupied territories, and almost 600 more people left the region for combat operations. Evacuation continues, with up to 1,000 people leaving the region as a whole every day. 900 people left for safer territories of the country yesterday. People who stayed in the communities are from 5% to 20% of the population — these communities are the minimum number, just from 5 to 10% in the war zone. During this time, we have evacuated those who we could. We provide the people who stayed with food and fuel wood so that they can get through this difficult time. The works are underway, both on the evacuation of people, and on maintaining minimal life activity in these territories,” Head of Oblast Military Administration said.