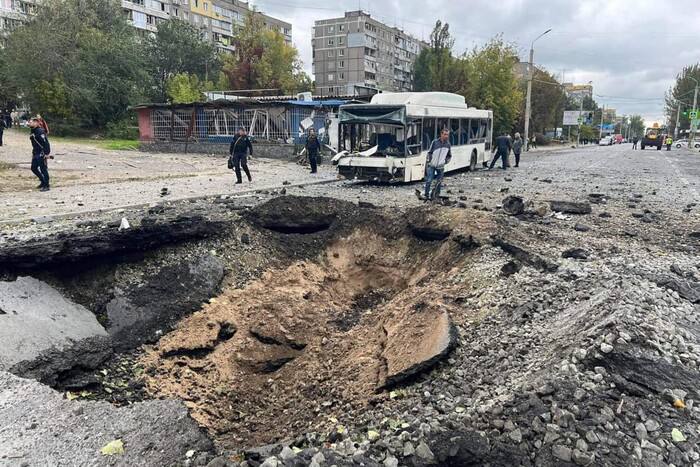 13 PeopleWere Injured and One Person Was Killed After Saturday’s Attack on Two Districts of Dnipro City; the Only Goal Is Terror — Mykola Lukashuk

“I will start with the most difficult part. On Saturday, two districts of Dnipro city were attacked. It appears to me that the attacks were exclusively aimed at terror. Any military facilities are absent there. In total, 13 people were injured, one person was killed: it was taken out from under rubble of the cereals shop. The situation has not changed in the region. From Enerhodar, more than 300 different kinds of shells, from “Grads” to heavy artillery. They try to flatten the Nikopol district,” Mykola Lukashuk said.

The Head of Dnipropetrovsk Oblast Council did not provide details on restoration of railway communication after the shelling of Kryvyi Rih on November 27.

“A transport infrastructure facility was damaged. I do not want to comment on details, but the damage can be said to be very significant. We understand that the enemy is doing this in order to break the supply and train traffic logistics. To date, repair works are still underway,” Mykola Lukashuk said.