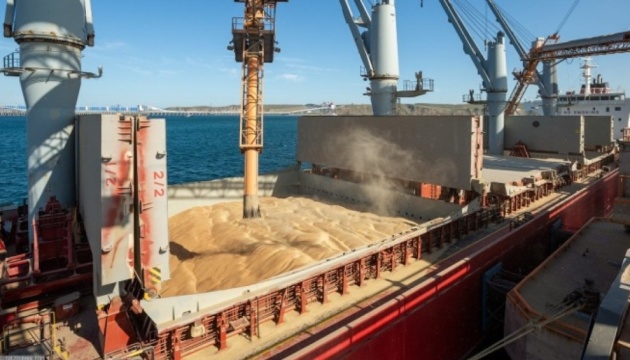 russia trying to disrupt grain initiatives operation: yesterday, ports worked at capacity of 30% less than planned due to shelling

Serhii Bratchuk, Chair of the Public Council under Odesa Oblast Military Administration made this statement at Media Center Ukraine — Ukrinform.

“The “grain corridor” continues working, despite russia’s trying to affect the work of this grain initiative and even with the massive missile strikes. In recent days, the ports’ capacity was 30% less than planned,” — Bratchuk said.

At the same time, the sixth ship left Odesa yesterday as a part of the global food initiative, 40,000 tonnes of wheat went to Yemen. Also, yesterday, 6 bulk carriers with 124,000 tonnes of Ukrainian grain left three ports of the region.