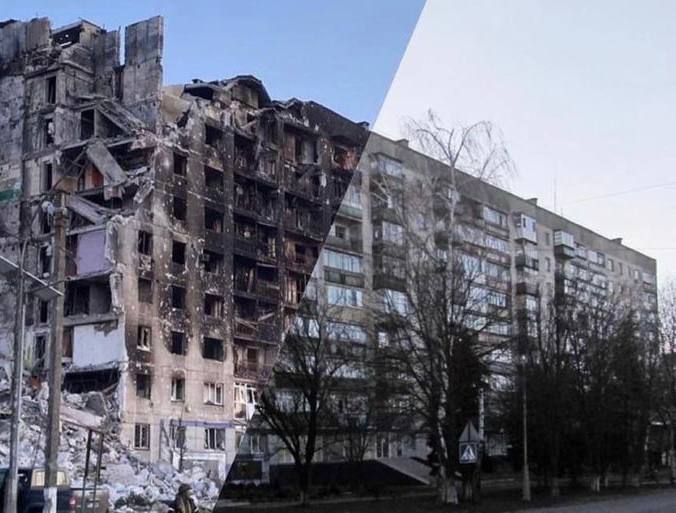 Bilohorivka and Popasna are wiped off the map: thousands of hits, completely broken infrastructure — Head of Luhansk Oblast Military Administration

Due to continuing hostilities and constant shelling, some settlements of Luhansk region were practically wiped off the map. Serhii Haidai, Head of Luhansk Oblast Military Administration made this statement at a briefing at Media Center Ukraine — Ukrinform.

“The territory of Luhansk region can be nominally divided into three parts. One was occupied in 2014. The second was occupied after February 24 without intense fighting. And there is another part, if you nominally draw a line, it’s Kreminna, Rubizhne, Zolote, Hirske, Lysychansk and Popasna, where an active phase of hostilities took place for 4.5 months. Some settlements, such as Bilohorivka and the town of Popasna, have been completely wiped off the map, as a result of constant hostilities and shelling. We experienced thousands of attacks of various scales, from mortars to powerful aerial bombs. All critical infrastructure is broken there. The water supply structure was completely destroyed, electrical substations were destroyed. We saw the occupiers establish a gas supply to show a pretty picture. But behind this picture, after the gas was supplied, houses and apartments began to blow up because the infrastructure was damaged,” — Haidai said.